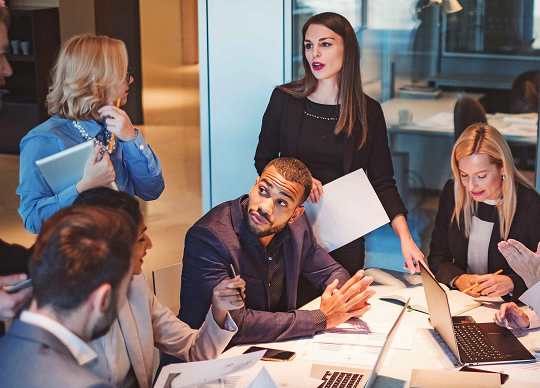 Puppet has released the findings of the 2021 State of DevOps Report. This year, over 2,650 IT, development, and information security professionals including 424 in Asia Pacific (APAC) took the survey, providing insight into the chasm between organisations with highly evolved DevOps practices and those whose DevOps evolution has plateaued.

Puppet conducted the first State of DevOps Report ten years ago when DevOps adoption was not ubiquitous. A decade later, 83 percent of IT decision makers report their organisations are implementing DevOps practices to unlock higher business value through better quality software, faster delivery times, more secure systems and the codification of principles. However, within that 83 percent are distinct cohorts of organisations whose success with DevOps is contingent upon a number of factors, revealed in the report.

The 2021 report found that many organizations in the middle stages of their DevOps evolution have plateaued. Among these mid-evolution teams, cultural blockers remain the biggest hurdle to reaching DevOps success. The most common culture blockers at the mid-level include a culture that discourages risk (21 percent), unclear responsibilities (20 percent), de-prioritising fast flow optimisation (18 percent), and insufficient feedback loops (17 percent).

Culture is identified less as a barrier in APAC as DevOps practices evolve. APAC respondents were less likely (37%) than the total (47%) to say the blockers to more advanced DevOps are cultural. 23% say they are related to tech, and 40% say both culture and tech equally.

To observe the ten year anniversary of the report, Puppet invited a wider group of DevOps influencers to respond to the data and build on recommendations for what organisations can do to climb out of the sticky middle. Contributors include the authors of the Team Topologies model, which has been immensely influential in the industry.

“A standout finding from the report is the importance of team identities; organisations with less ambiguous team names with more clearly defined team responsibilities are more likely to be more highly evolved in their DevOps journey,” said Nigel Kersten, Field CTO at Puppet. “The title ‘DevOps team’ is misleading, as it allows many organisations to assume that having a DevOps team means they are doing DevOps correctly. We recommend less ambiguously named stream-aligned and platform teams, as seen in the Team Topologies model, which create a more well-defined path to achieving DevOps success at scale.”

“In ten years, we’ve gone from hype to practice in the way technology is delivered, all with the data to show what we’ve learned along the way. That’s some quality iteration,” said Michael Stahnke, VP of Platform, CircleCI. “The final stage of DevOps evolution is often the building of a highly leveraged platform and team structure, incorporating self-service capabilities beyond infrastructure. When it’s really done well, the word DevOps tends to fall away as it’s just how work is happening.”

Further key determinants for mid-evolution organisations to achieve DevOps success at scale include a successful platform team approach, organisational buy-in from both managers and practitioners, a strong automation practice, and a willingness to accept risk and invest for the future.

For every person who completed the 2021 State of DevOps survey, $5 was donated to the National Coalition for the Homeless, the World Central Kitchen, and the UNICEF COVID-19 Solidarity Response Fund. We donated additional funds, provided by our generous sponsors, bringing our total contribution to $45,000.

*Report Methodology
The survey collected data from technical professionals with a working knowledge of their IT operations and software delivery process. A third-party research firm, ClearPath Strategies, hosted the survey and conducted the data analysis. The resulting report was written by Puppet and CircleCI.