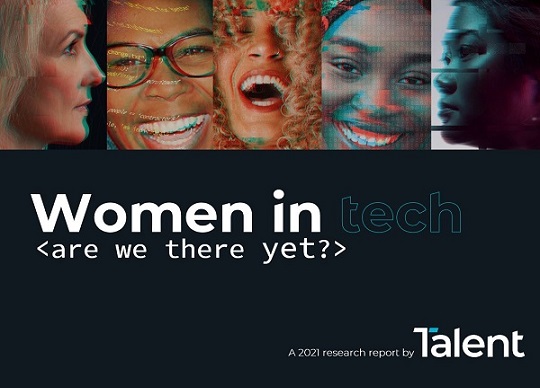 A new report, ‘Women in Tech: Are we there yet?’. outlines findings from a survey of over 400 people across Australia, New Zealand, UK & US working in the tech and digital market and aims to help businesses across the globe recognise and address the issues that are still arising in today’s workforce.

The report revealed the below key findings across all markets:

Kara Smith, Managing Director Talent Auckland, commented on the findings. “At Talent, we are frequently sought by businesses who want to increase the number of women in their tech teams. Talent’s vision is to empower people to build a better world of work for all. Our goal with this report is to help companies around the world level the playing field for women in tech. As you read the report, you’ll see a number of clear recommendations that any business can implement today to ensure that they attract and retain top talent who happen to identify as female.”

The report also includes perspectives from leaders who have spent years working in the tech and digital space.

Emma Jones, CEO & Founder of Project F, an organisation helping companies achieve gender-diverse tech teams, shares that: “Women are quite often the ones who are working more flexibly or part-time, and what that means is they often don’t have access to opportunities for development or promotion. We need to look more closely at systems and processes to disrupt that.”

Angela Lam, CIO of Shell Australia, shares how having a sponsor helped excel her career: “I remember coming off maternity leave and I was asked to run the IT department and join the executive team. I told my leader that a time didn’t work for me for an executive meeting, and she said to me, “that’s fine we can move the meeting”, she opened doors and created an environment where it was made possible for me to actually do this. Sponsors provide that opportunity to open the door and provide that environment in your workplace to help make things happen.”

Rebecca Chenery, NZ’s 2020 Top CIO of the Year, shares that: “On a daily basis there is a really visible underrepresentation of women particular in senior roles in tech. Women have to look a long way and really hard to see themselves. That affects the extent that which they can see role models and the extent in which they feel comfortable putting themselves forward.”

The report also shares practical strategies that businesses can implement right now to promote change according to participants.