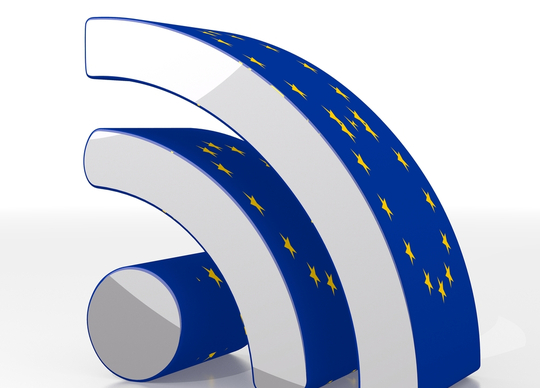 The EU should ensure enough spectrum is made available to enable the next generations of Wi-Fi Gigabit technologies, Wi-Fi 6E and Wi-Fi 7, to thrive alongside 5G and fibre. Failure to do so will leave Europe trailing behind other prominent economies, such as the US, Canada, Brazil and South Korea, which have already released the full 6 GHz band for Wi-Fi use.

These are the stark warnings contained in a letter sent today to European Commissioners, MEPs and EU ambassadors. Organizations representing a wide range of sectors from satellite operators to European augmented and virtual reality companies, European startups, European and global manufacturers, European small and medium sized enterprises, and European video game companies, have signed the letter.

The group calls on EU policymakers to consider the enabling role of Wi-Fi and satellite technologies as they reflect on priority actions for the EU Digital Decade Policy Programme.

“The digital transformation of the whole European society will rely on Wi-Fi connectivity,” said Martha Suarez, President of Dynamic Spectrum Alliance, who signed the letter. “It provides the most effective connectivity for our homes and offices and will support the wireless extension of fibre networks.”

The organizations that signed the letter represent a diverse group of users and providers of connectivity who believe in an approach that is technology neutral and promotes several advanced gigabit technologies, such as next generation Wi-Fi and satellite in addition to fibre and 5G.

Suarez added, “To make the new generations of gigabit technologies a reality in Europe, enough spectrum should be made available. The upper 6 GHz band must be devoted to Wi-Fi alongside the incumbent services in the band, such as satellite and fixed services. This will significantly help European citizens, businesses, SMEs and industries benefit from the same high-quality advanced technologies and services as their equals in other regions of the world.”

All the signatories make it clear that a digitally connected Gigabit Europe cannot be achieved without a strong contribution from Wi-Fi. The organizations include the DSA, Allied for Startups, AVM, EMEA Satellite Operators Association (ESOA), EuroXR Association, Interactive Software Federation of Europe (ISFE) and LANCOM Systems.

The full signed letter in support of the EU Digital Decade Policy Programme, can be viewed on the DSA website online.