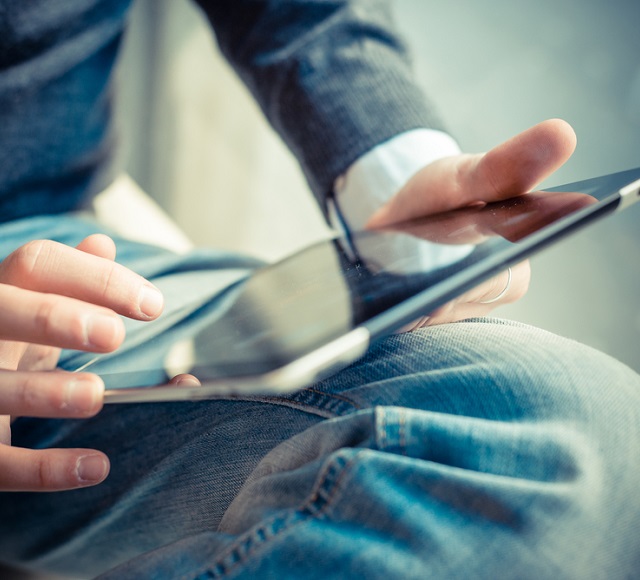 The Global PC market (including tablets) ended 2020 on a high, posting a third consecutive quarter of annual growth as shipments hit 143.7 million units in Q4, up 35% year-on-year. As a result, total shipments for 2020 grew 17% to reach 458.2 million units, the highest volume since 2015. Lenovo led the market in Q4 and for the full year, with shipments of 28.8 million and 87.0 million units respectively. On the back of a stellar performance in iPads, second-placed Apple managed to close the gap with Lenovo and shipped 26.4 million Macs and iPads in Q4, a total of 81.4 million units for the full year. HP, Dell and Samsung made up the rest of the top 5, with each posting double digit shipment growth in Q4 2020. 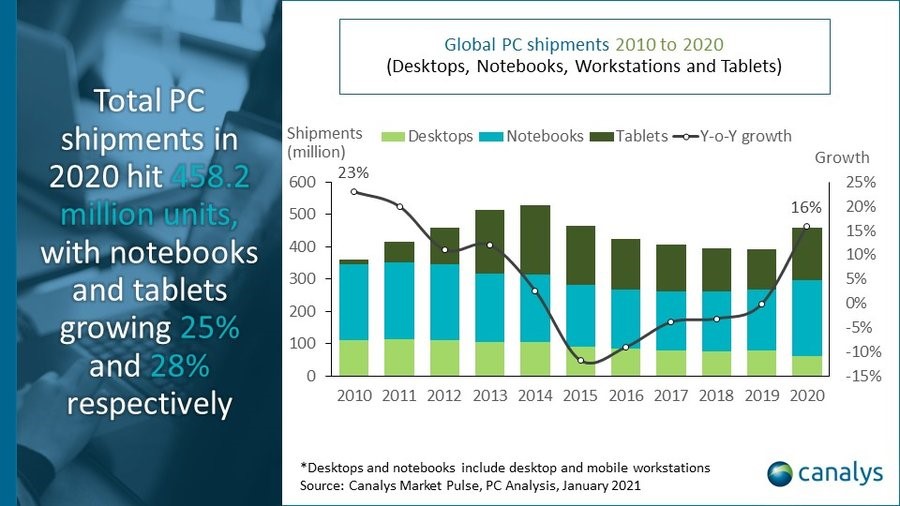 Apple furthered its dominance in the tablet market, with Q4 shipments growing 40% to 19.2 million, its best iPad performance since Q4 2014. Samsung maintained second place in the market with 9.9 million tablets shipped, up 41% from Q4 2019. Amazon climbed to third place on the back of strong holiday season demand, shipping 6.5 million tablets. Lenovo was the fastest growing vendor in Q4, increasing sell-in volume by 125% to reach 5.6 million units. Huawei was the only vendor in the top 5 to see shipments decline year-on-year.

“The growth momentum enjoyed by tablets shows just how important easy access to computing power has become in the current time,” said Canalys Analyst Ishan Dutt. “Their versatility across, not just different form factors and price points, but also connectivity options, make them an ideal device across a variety of use-cases, from simple slates for e-learning and content consumption all the way to high-performance detachables for productivity users who are adapting to spending a larger proportion of time at home. Vendors like Microsoft, Dell and Lenovo reacted to the renewed interest in detachable tablets with a slew of announcements at CES 2021 focused on bringing better performance and connectivity to devices for an era of greater flexibility in work arrangements. Moving forward, tablets will be a crucial element of vendors’ PC portfolios and vendors like Apple and Samsung that prioritized the category as others exited will find themselves in an enviable position.” 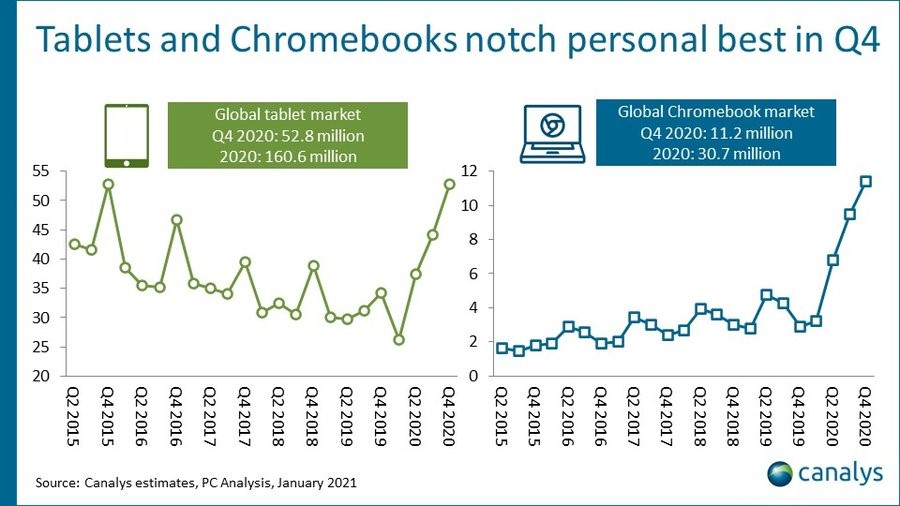 Chromebook vendors enjoyed new heights of success in Q4, as the overall market almost quadrupled in size over the same period a year ago. HP maintained top spot in the market with 3.5 million units shipped, up 235% year-on-year. Lenovo placed second in the Chromebook market, having managed to greatly ramp up production to hit 2.8 million units for 1766% growth. Acer and Dell also maintained their spots in Q4, with each shipping around 1.5 million units. Samsung edged out Asus to grab fifth place, shipping just over a million units, 630% more than a year ago.

“Demand for Chromebooks is through the roof,” said Canalys Research Director Rushabh Doshi. “With many countries being forced to accelerate their digital education plans in the wake of additional lockdowns, schools and universities are clamoring for easy to deploy solutions and Google’s digital offerings for education are proving quite popular over rival platforms, especially in the US and Western Europe. With governments in many countries racing towards a much needed 1:1 device to student ratio, Chromebook demand for education is expected to remain strong through 2021. Outside education, there has also been mounting interest from consumers and traditional commercial customers in seeking out Chromebooks to ensure affordable continuity of business or personal computing.”