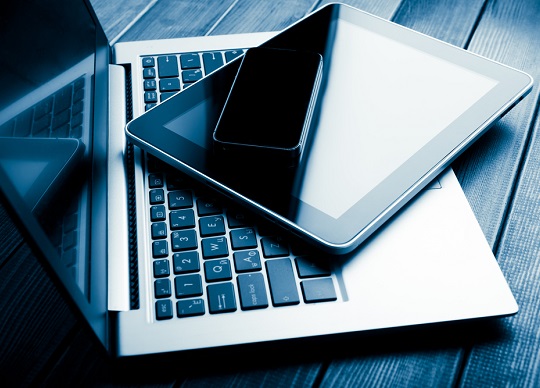 The latest data from Canalys shows that the total worldwide PC market (including tablets) grew strongly for a fourth successive quarter, with shipments up 53.1% year on year at 122.1 million units. Chromebooks and tablets continued to excel as we entered 2021, posting 274.6% and 51.8% growth and achieving remarkable first-quarter shipment volumes of 12.0 million and 39.7 million units respectively. 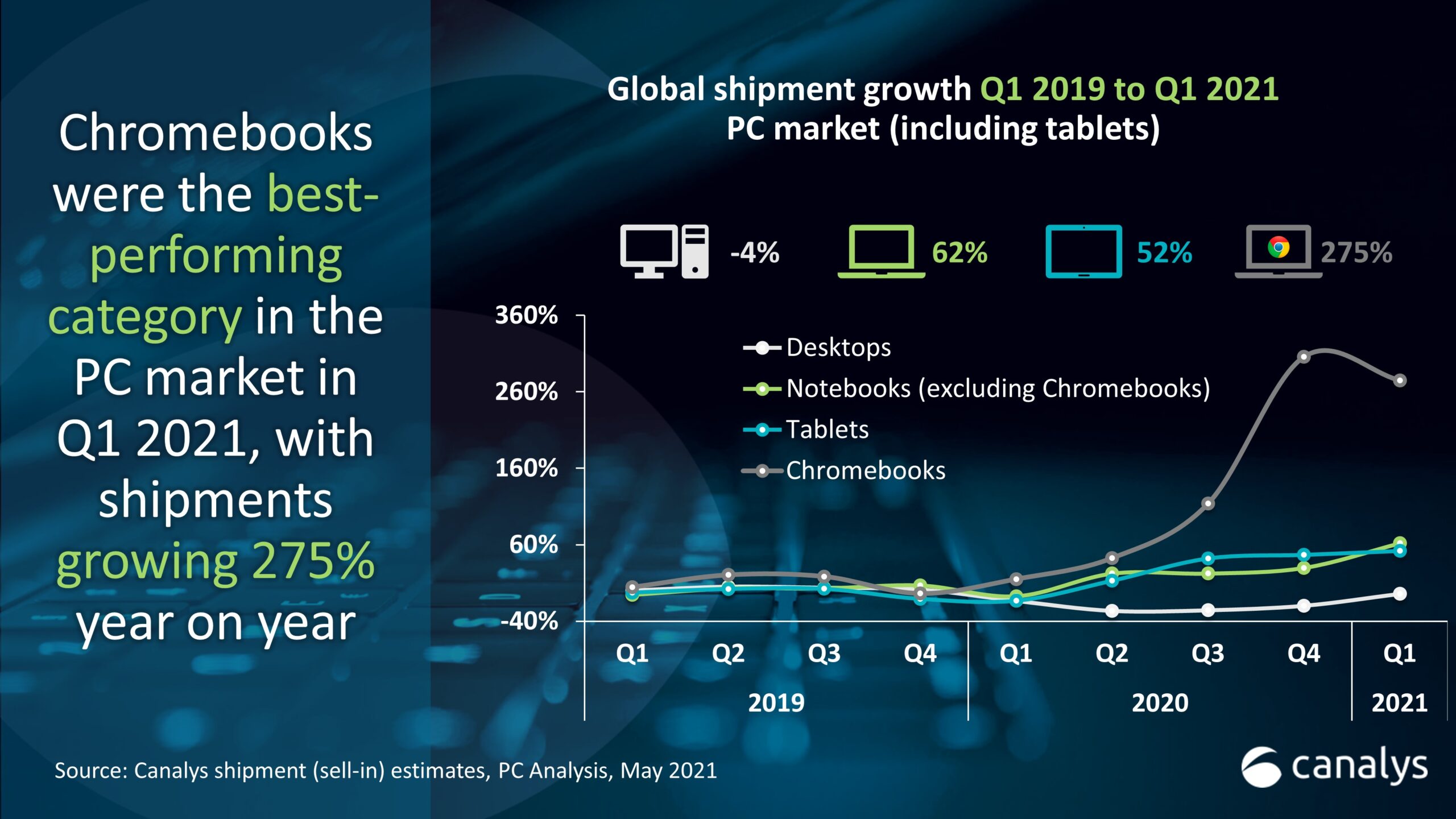 Chromebook vendors have seen their businesses go from strength to strength, posting record first-quarter shipment numbers. HP topped the market yet again, with growth of 633.7% propelling it past the 4-million-unit mark. Lenovo took second place with 3.1 million units shipped, having ramped up production to help ease order backlogs from 2020. Acer, Samsung and Dell made up the rest of the top five, all shipping over 1 million units.

“Chromebooks are well and truly a mainstream computing product now,” said Brian Lynch, Canalys Research Analyst. “While the education sector still accounts for the majority of shipments, their popularity with consumers and traditional commercial customers has reached new heights over the course of the last year. HP and Lenovo dominate the Chromebook market, but the boom has been a case of a rising tide lifting all boats, allowing vendors such as Acer and Samsung to carve out substantial shares within the PC market by catering specifically to Chromebook demand. Google is now in a strong position to work with its OEM partners and the channel to cement a rosy future for Chromebooks. A substantial messaging and evangelization push coupled with the targeting of growth trends, such as flexible work arrangements and budget-conscious SMBs, will be vital to ensure the longevity of Chromebooks’ success.”

Almost all the top tablet vendors enjoyed continued shipment growth in Q1 2021. Apple extended its lead, growing 50.3% and shipping 15.2 million units as the latest iteration of the iPad Air gained traction with consumers. Samsung maintained second place with 8.0 million units shipped, posting growth of 59.9%. Lenovo and Amazon achieved the highest levels of shipment volume growth with 133.5% and 197.9% year on year respectively, primarily due to a low Q1 2020. Huawei, however, suffered a decline of 27.9%, primarily due to the breakaway of its former Honor brand into a separate entity. It still maintained a healthy lead over competitors to secure a top-five spot.

“The tablet market continues to defy expectations with the strength of its comeback,” said Canalys Research Analyst Himani Mukka. “Even beyond the traditionally strong holiday season, vendors are seeing elevated demand as the need for affordable computing power and connectivity persists. At a time when the overall PC market is facing a supply crunch, the vendors that have strong tablet offerings have been able to squeeze out even greater gains from the increased demand for screen access and remote productivity brought about by the pandemic. Canalys expects this trend to develop as tablets become mainstays in growing sectors such as education as well as in wider commercial deployments to support digital transformation.”

Lenovo maintained its lead in the total PC market, which includes desktops, notebooks and tablets, shipping 24.0 million units and posting growth of 66.5%. Apple came second with 22.1 million shipments of Macs and iPads. HP secured third place with 19.3 million units and 64.2% growth, leaving Dell and Samsung to make up the rest of the top five.