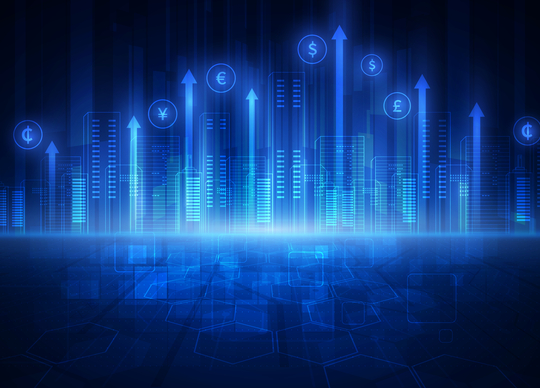 Worldwide cloud infrastructure services spending increased 34% to US$55.9 billion in Q1 2022, as organizations prioritized digitalization strategies to meet market challenges. The latest Canalys data estimates expenditure was over US$2 billion more than in the previous quarter and US$14 billion more than in Q1 2021. The top three cloud service providers have benefited from increased adoption and scale, collectively growing 42% year on year and accounting for 62% of global customer spend.

Cloud-enabled business transformation has become a priority as organizations face global supply chain issues, cybersecurity threats and geopolitical instability. Organizations of all sizes and vertical markets are turning to cloud to ensure flexibility and resilience in the face of these challenges. SMBs, in particular, have driven investment in cloud infrastructure services to support workload migration, data storage services and cloud-native application development. At the same time, infrastructure hardware shortages and the threat of further price inflation has spurred many large enterprises to invest in large-scale, multi-year cloud contracts to lock in upfront discounts with the hyperscalers. All the major cloud providers have seen a significant increase in order backlogs as a result, which now total several hundred billion dollars worldwide. This in turn is driving the importance of cloud marketplaces as a sales channel for third-party software and security, as businesses seek to burn down these cloud commitments, further fueling infrastructure consumption.

“Cloud has continued to be a hot market and transformation strategies are emphasizing digital resiliency to face the market challenges of today and tomorrow,” said Canalys Research Analyst Blake Murray. “To be effective in resiliency planning, customers are turning to channel partners with the technical and consulting skills to help them effectively embrace hyperscaler cloud services.”

“As the use cases for cloud infrastructure services expand so does the potential complexity, and we see that hybrid and multi-cloud deployments are commonplace in the market,” said Canalys Research Analyst Yi Zhang. “The hyperscalers are investing in rapid channel development and partners are responding as the opportunities grow.” 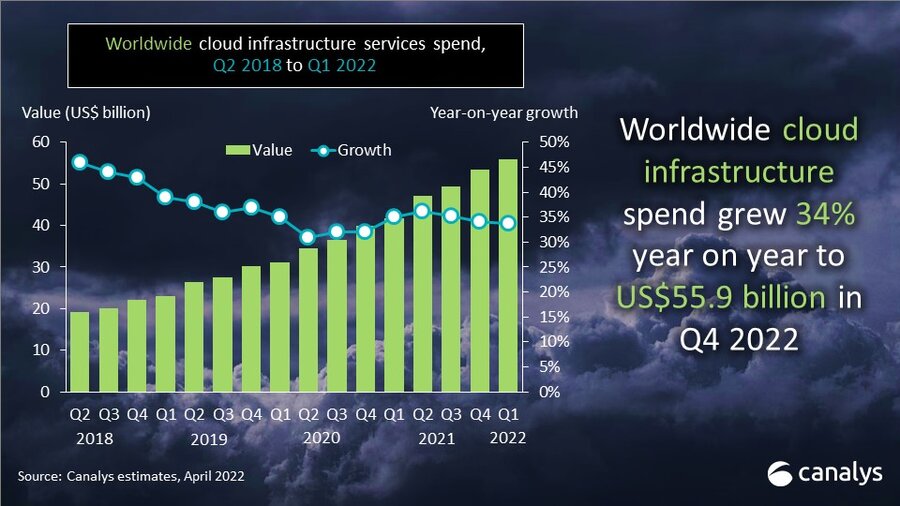 Amazon Web Services (AWS) was the leading cloud service provider in Q1 2022, accounting for 33% of total spend after growing 37% on an annual basis. It continued to expand its global presence, launching 16 Local Zones in the US and announcing plans to add 32 more Local Zones across 26 countries. AWS announced key client wins with a focus on telecommunications companies like T-Systems, Verizon and Telefónica. It also advanced its relationship with Tech Mahindra to power an automation platform to accelerate 5G network adoption for telecommunications companies.

Microsoft Azure was the second largest cloud service provider in Q1, growing by 46% to take a 21% market share. An acceleration in large, long-term cloud contracts has contributed to that growth, with Microsoft doubling the number of Azure contracts over US$100 million compared with Q1 last year. Microsoft is also heavily gearing its new Cloud Partner Program, unveiled last month and launching in October, to boost Azure business through the channel. Amid wide-ranging (and controversial) channel program changes in Microsoft’s New Commerce Experience (NCE), the Cloud Solution Provider program has reached phase two of its deployment, with changes to Azure offerings and new partner credits and incentives. It also announced key wins with global systems integrators, including Atos and Fujitsu.

Google Cloud was the fastest growing of the top three, increasing by 54% in the latest quarter to account for 8% of the market. It continues to focus on digital sovereignty, analytics, AI and cybersecurity as key differentiators for GCP, advancing its cloud cybersecurity practice with the acquisition of Mandiant, which should close later this year. It is investing heavily in expanding its regional data center footprint around the world, while partnering with the likes of Mahindra to migrate its data centers to GCP. Google Cloud also continues to turn to channel partners for greater customer reach, scale and sales efficiency as it seeks to reduce operating losses in its cloud business, which in Q1 reached US$931 million. It announced a reshuffle to bring together its ecosystem and channel sales teams and pledged to double spend on its partner ecosystem over the next few years, which includes co-marketing and training. 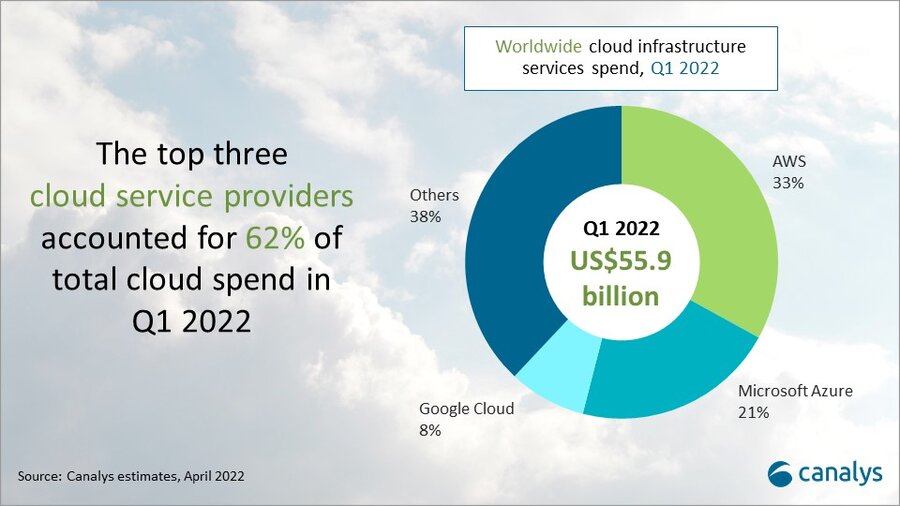