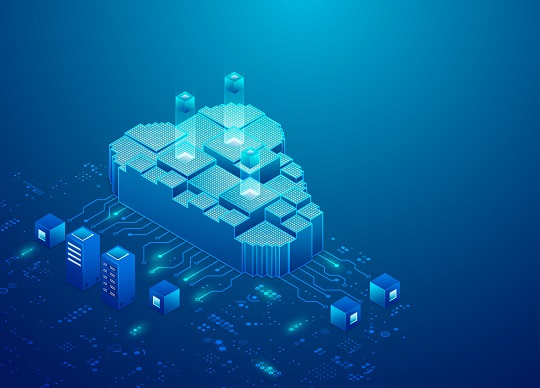 Worldwide cloud infrastructure services expenditure increased 28% year on year to reach US$63.1 billion in Q3 2022, up US$13.8 billion on the same period a year ago. With the negative impact of inflation and rising energy prices, companies are responding to market uncertainty by reducing spending, which may hit demand for cloud services in the short term. Coupled with the strong US dollar, the annual growth rate fell below 30% for the first time. Amazon Web Services (AWS), Microsoft Azure and Google Cloud remained the top three providers in Q3 2022, together accounting for 63% of global spend after growing 33%. 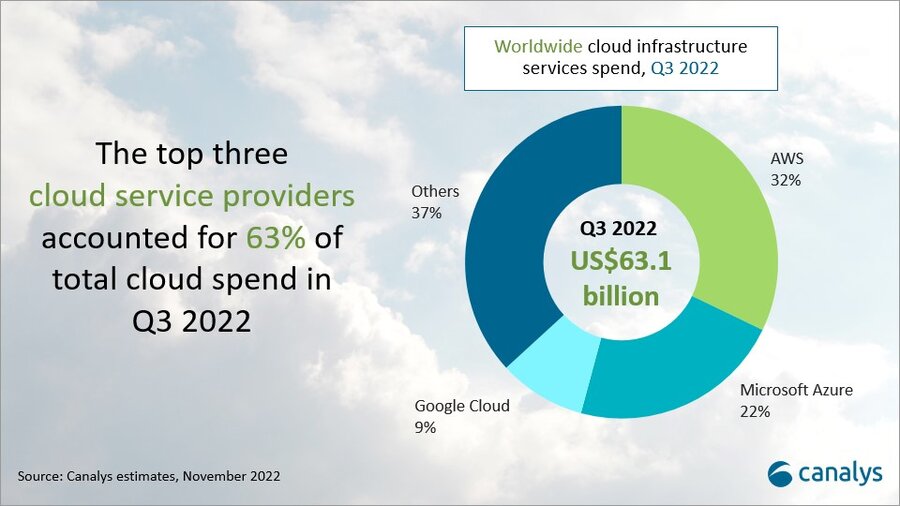 Long-term demand for enterprise digitalization remains strong, as the move to cloud remains the best way for today’s businesses to do more with less. But the impact of inflation and recession on the cloud services market was evident, with most top cloud vendors missing revenue targets in the quarter.

“Under economic pressure, enterprise customers are choosing to reduce operational risks by lowering their IT budgets,” said Canalys VP Alex Smith. “Despite winning large deals and having a backlog of contracts to fulfill, the growth of cloud vendors will be constrained because of inevitable project delays as some customers get skittish about the economic outlook. Hyperscalers will face a period of rising costs and lower revenue growth, which may lead to more conservative planning in 2023. We predict the hyperscalers will need to increase their prices in Europe by 30% to account for rising energy costs.”

AWS was the leading cloud service provider in Q3 2022, accounting for 32% of total spend after growing 27% on an annual basis. Despite slower-than-expected growth this quarter, AWS announced new commitments and migrations from customers across many industries and geographies. It continues to expand its infrastructure footprint worldwide to support customers, with the opening of its second region in the UAE and plans to launch new regions in Thailand.

Azure came second with a 22% market share after growing 35% annually. Growth was driven by strong renewal execution. Historically, Microsoft’s cloud business unit has seen stable revenue performance, with a declines brought about only by quarterly variations. Microsoft continues its push to host more of its own services on Azure. It announced the launch of its new data center region in Qatar, marking a major achievement for the company as the first hyperscaler to deliver enterprise-grade services in the country.

Google Cloud’s growth rate accelerated once again, up by 48%, boosting its market share in the global cloud services market to 9%. In addition to its strength in the consumer sector, it gained opportunities from the public sector and governments this quarter. It announced new Google Cloud regions in Asia Pacific, located in Malaysia, Thailand and New Zealand.

“Hyperscalers are continuing to roll out new infrastructure to reach new customers globally. At the same time, they are trying to find the next products and technology advances that will drive business growth,” said Canalys Research Analyst Yi Zhang. “The increased adoption of cloud services has stimulated thoughts about the value that can be extracted from data in the cloud. Both Google and Microsoft emphasized their development of products around data and AI. The future cloud service market is expected to achieve value creation with the introduction of data and AI.”