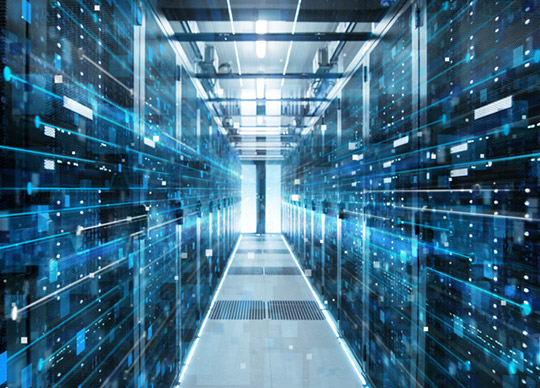 Cloud infrastructure services spending increased 36% to US$47.0 billion in Q2 2021, as workload migration and cloud native application development accelerated. According to the latest Canalys data, expenditure was over US$5 billion higher than the previous quarter and over US$12 billion more than Q2 2020. The pandemic exposed many economic and operational fragilities over the last 18-months. Organizations across all verticals responded and focused on business resiliency planning, which expedited digital transformation projects and increased cloud consumption. Recovery is underway, but extreme weather events and natural disasters in the first six months of this year have raised concerns over the long-term disruption from environmental risks. A call-to-action to make sustainability central to post-pandemic investments and improve environmental resiliency will further elevate the importance of cloud services.

The environmental impact of the technology sector is under the spotlight as governments, enterprises, consumers, and investors raise sustainability targets and expectations. “Awareness of the energy use and carbon emissions from digital services delivered from data centers operated by cloud service providers is growing. But the leading providers are also at the forefront of environmental resiliency efforts,” said Canalys Research Analyst Blake Murray. “The best practices and technology utilized by these companies will filter to rest of the industry, while customers will increasingly use cloud services to relieve some of their environmental responsibilities and meet sustainability goals.” 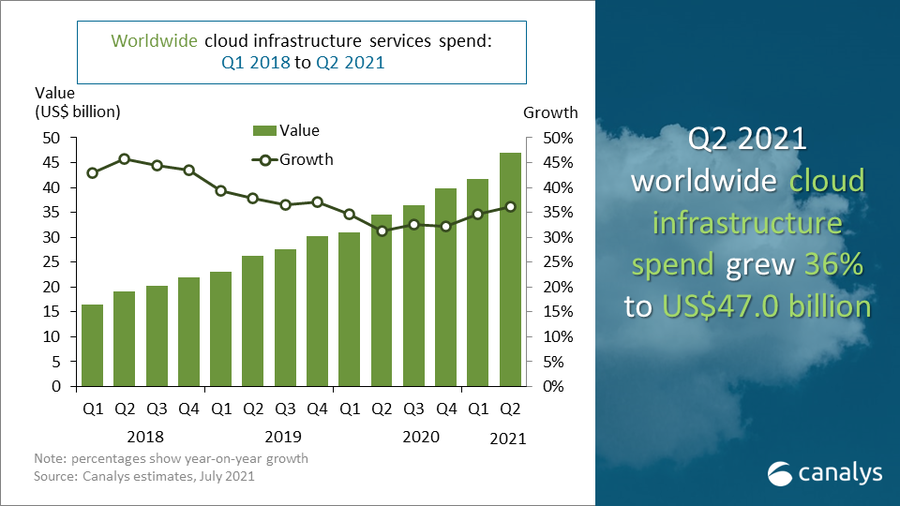 The top three cloud service providers, which collectively accounted for 61% of the total spend in Q2 2021, have made progress towards reducing their own carbon footprints and have set aggressive targets to further minimize their future impact. This is critical given the scale of their operations.

Amazon Web Services (AWS) was the leading cloud service provider in Q2 2021 accounting for 31% of total spend after growing 37% on an annual basis. Its parent company Amazon recently announced fourteen new wind and solar energy projects globally and claimed to be the world’s largest corporate buyer of renewable energy, topping 10 GW to date. Some of this energy is used to support AWS data centers, several of which are already carbon neutral. Currently, 40% of Amazon’s operations run on renewables and it plans to be 100% sourced by 2030. AWS plans to power its operations with 100% renewables by 2025.

Microsoft Azure was the second largest cloud service provider in Q2, with a 22% market share. It grew 51%. Microsoft has been carbon neutral since 2012 and targets being carbon negative and water positive by 2030. It plans to produce zero waste by 2030, with its Circular Centers repurposing or reusing servers and other hardware from its data centers. Microsoft is also innovating with underwater data centers and hydrogen fuel cells, and plans for its data centers to be 100% powered by renewables by 2025. It has released a publicly available cloud emissions calculator to support customers in analyzing their carbon emissions.

Google Cloud grew 66% in the latest quarter and accounted for an 8% market share. It achieved carbon neutrality in 2007 and purchased more renewable energy than the total amount of electricity it used for the first time in 2017. As of last year, Google announced it had eliminated all its historic carbon emissions through the purchase of offsets and set a target to run all data centers and campuses on renewable energy by 2030. Google has driven sustainability transparency by publishing power usage effectiveness (PUE) for all its data centers. Google Cloud also has developed machine learning models to support powering workloads based on renewable energy availability for its customers. 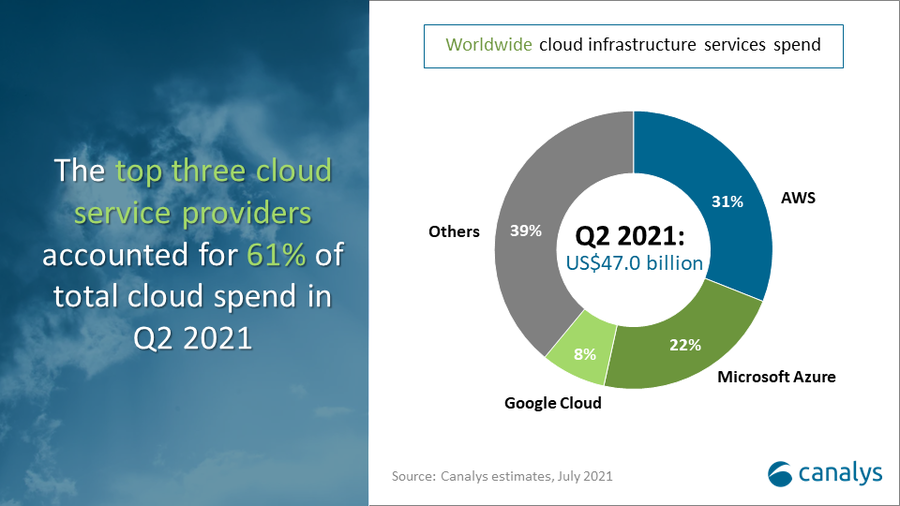 The price of renewable energy sources is now competitive with fossil fuels, and the share of renewable energy sources powering the cloud service provider’s data centers will increase. “Regulation from governments, especially those tied to the Paris Agreement, will continue to intensify, while an increasing share of cloud services contracts will have sustainability requirements built in,” said Canalys Chief Analyst Matthew Ball. “Customers will continuously evaluate their cloud service providers and use multi-cloud strategies to achieve the lowest carbon footprint. However, transparency in measurement of sustainable practices will have to improve.”