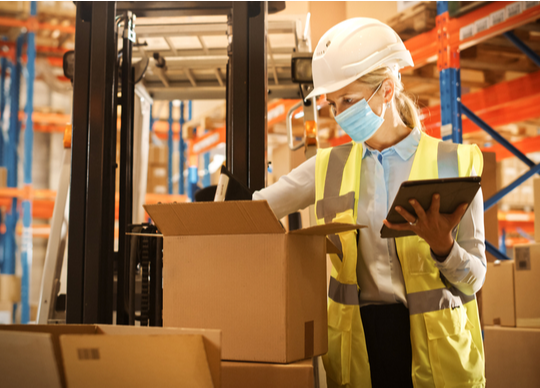 Canalys data has revealed worldwide PC shipments (including tablets) fell by 2% year on year to 122.1 million units. But shipments remain well above pre-pandemic levels, with a two-year CAGR of 10% from Q3 2019. Both tablets and Chromebooks were down after a string of successive growth quarters. Tablet shipments fell 15% year on year to 37.7 million units, as the need for tablets to support consumer and education use cases dropped off in most regions. Chromebooks suffered an even steeper decline, with shipments down 37%, primarily due to a slowdown in education spending in the US. Total Chromebook shipments reached 5.8 million units in Q3.

“Despite the end of its stellar growth streak, the tablet market remains strong, considering the long period of declines that preceded the COVID-19 pandemic,” said Canalys Analyst Himani Mukka. “After five consecutive growth quarters, all regions except Asia Pacific suffered a fall in shipments. In most of the world, demand from consumers and to support basic education functions for younger children has slowed compared to the height of the pandemic. But due to the large device penetration gap in APAC and the region’s preference for tablets as a learning tool, demand is expected to persist until early next year. It’s also worth noting that despite the long refresh cycles for tablets, the installed base has ballooned over the last 18 months. Even if many choose not to upgrade their tablets in the coming years, shipment volumes are set to be elevated above what was expected prior to 2020. Beyond the consumer space, commercial deployments of tablets will be an important aspect of the accelerated digital transformation that businesses undertake as economic recoveries, new workstyles and 5G deployments get underway.” 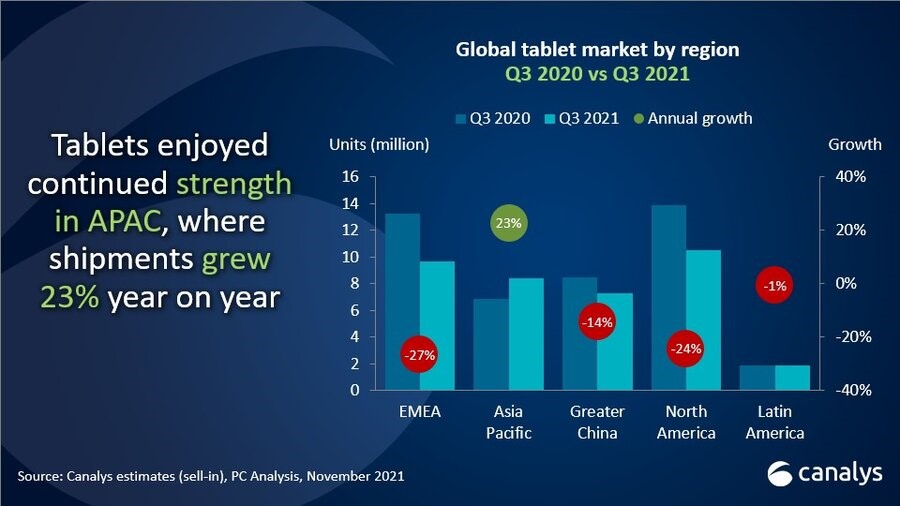 The Chromebook market was hit by a massive downturn, with a 37% year-on-year fall in shipments (52% quarter on quarter) in Q3. This comes as major education markets such as the US and Japan reach saturation point, with public sector funding of digital education programs slowing.

The Chromebook market has grown tremendously since the start of the COVID-19 pandemic as students have been forced to adapt to new learning settings.

The US education market will pick up with time. Many school districts are awaiting funding from the US government’s US$7 billion ECF program. The US education market will also bounce back due to seasonality. For the past year and a half, schools have scrambled to acquire devices no matter the time of year. With most districts at a one-to-one student-to-PC ratio, schools will now be more strategic in purchasing devices in preparation for a new school year, typically occurring in the first half of a year. 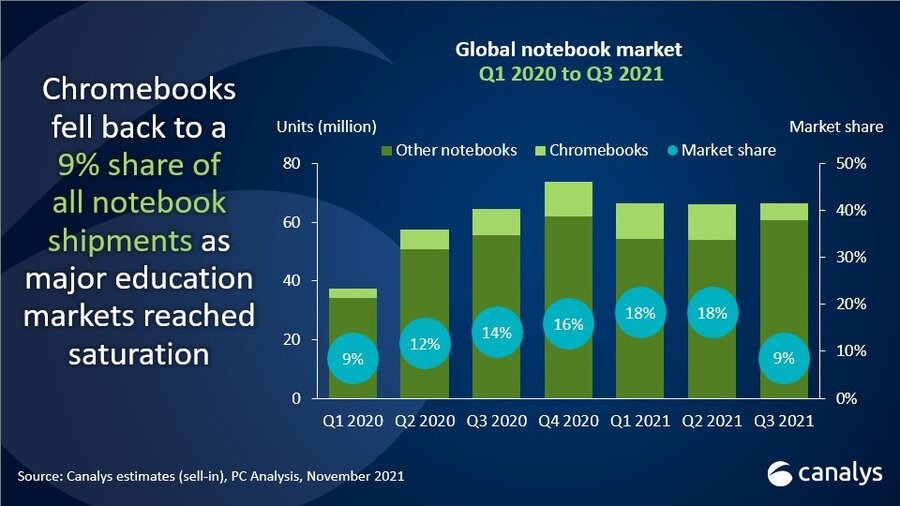 “Chrome’s focus on the education market meant it was bound to slow down at some point,” said Canalys Research Analyst Brian Lynch. “Governments, education institutions and households have invested heavily in Chromebooks for more than a year, and with so many students equipped with devices and schools returning to in-class learning, shipment volumes have fallen accordingly. Still, Chrome has massively expanded its user base over the past year and a half and will have far more refresh opportunity due to that growth. Google has also made a significant investment in the enterprise market this year as it attempts to broaden its horizons beyond its secure position in the education space. While this domain presents a much harder challenge for Chrome, it will be able to lean on its economy, security and ease of management to carve out a niche.”

Chromebook vendors have struggled across the board in Q3 as the overall market shrunk considerably. Lenovo secured first place in the market with 1.4 million units shipped, representing a 21% year-on-year decline. HP lost its leadership position in the Chromebook market with shipments falling 66% year on year due to its focus on the slowing US education market. Acer, Dell and Asus made up the remainder of the top five.

In the total PC market (including desktops, notebooks and tablets), Lenovo maintained its lead with a market share increase of over 1% as it hit 24.4 million units shipped. Apple remained in second place with modest growth of 5% for total shipments of 23 million units. HP felt the impact of supply constraints, with a 6% decline in annual shipments. In fourth place, Dell saw a stellar 27% increase in shipments and a nearly 3% increase in market share. Samsung completed the top five, as it did in Q2 2021.