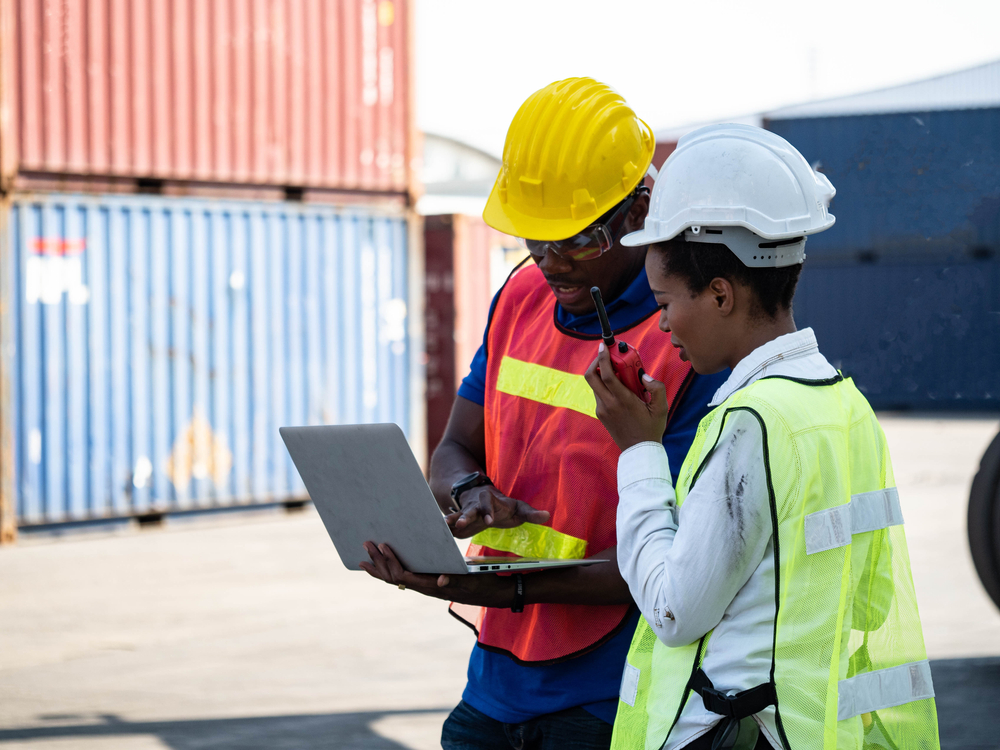 Following five quarters of double-digit growth, the global PC market saw annual growth drop to 5% in Q3 2021, with shipments of desktops and notebooks, including workstations settling at 84.1 million units.

Despite the reduction in growth, volumes remain at a remarkably high level, given how strong the industry performed in Q3 2020.

As a result, the PC market has undergone a two-year CAGR of 9% from Q3 2019. Despite high demand, PC business suffered a series of blows, making it extremely hard to facilitate supply. 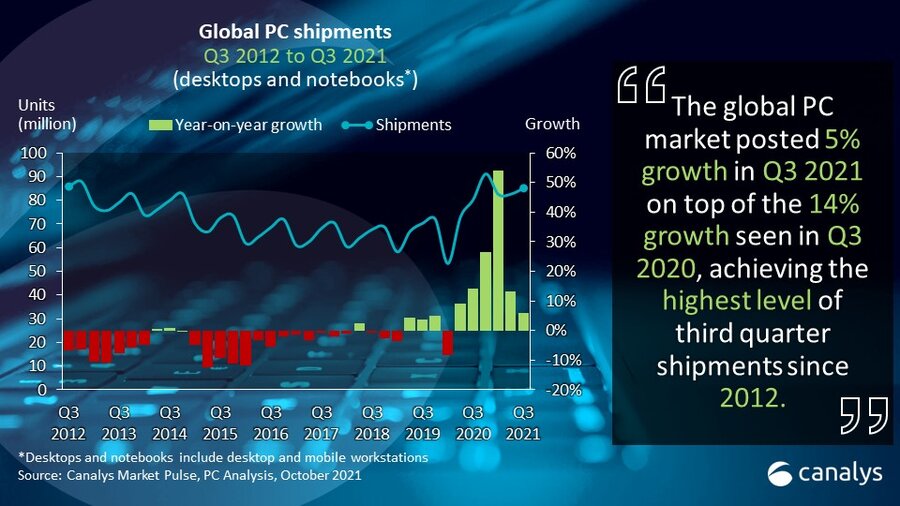 “Disruption to the global supply chain and logistics network remains the key inhibitor of higher growth in the PC market,” said Ishan Dutt, Senior Analyst at Canalys. “More than a year on from the onset of the pandemic, manufacturing continues to be hindered by lockdowns and other COVID-19 related restrictions, particularly in Asia. This has been compounded by a massive slowdown in global transportation with freight prices and delay times skyrocketing as a number of industries compete to meet unfulfilled demand. The shortfall in supply of PCs is expected to last well into 2022, with the holiday season of this year set to see a significant portion of orders not met. Vendors able to manage this period of operational upheaval by diversifying production and distribution and having better visibility of orders to prioritize device allocation will be equipped to ride out the storm.”

Of the top five PC vendors, all but one continued to post-shipment volume growth in Q3 2021. Lenovo led the market with 19.8 million units shipped, for a modest increase of 2.5% year-on-year.

HP maintained second position, but underwent a 5.7% decline, with a drop off in Chromebook shipments to the US playing a major role in the downslide.

Third-placed Dell was the big winner, posting the highest growth at 26.7% with over 15 million units shipped and a market share gain of over 3% from a year ago.

Apple and Acer rounded out the top five with healthy growth of 14.4% and 5.7% respectively, with the former also enjoying a market share gain.

“While there is a marked slowdown from the phenomenal performances in the past quarter in some segments, especially education and consumer, newer opportunities exist,” said Rushabh Doshi, Research Director at Canalys. “Hybrid work models will be an important part of the new normal post-COVID-19 and will require PC vendors to enhance product portfolios and go-to-market strategies, as faster processors, better cameras and anytime-anywhere connectivity take centre-stage. SMBs and Enterprises are also likely to focus on ease of procurement, security and device management as they move to sustain these new policies for the long term. Adding to this, PC demand is expected to be robust from SMBs as various industries race to make up for lost time, and consumer spending shifts onto categories that were otherwise restricted during the lockdown, mainly tourism and travel.”

“With the supply situation throwing curve-balls one after the other, PC vendors have it harder than anyone, as they manage this intricate and complex problem of supply and demand, where no magic formula exists,” added Doshi. “What’s worse is that they need to address not two, or twenty, but more than a hundred markets around the world. Being a PC vendor is both enviable and unenviable at the same time.”