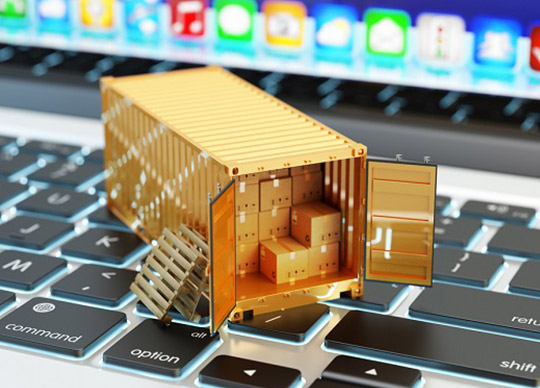 The global PC market ended 2022 on a low note, with total shipments of desktops and notebooks down by 29% to 65.4 million units in Q4.

This represents a fourth consecutive quarter of decline as holiday season spending was muted amid a worsening economic environment. 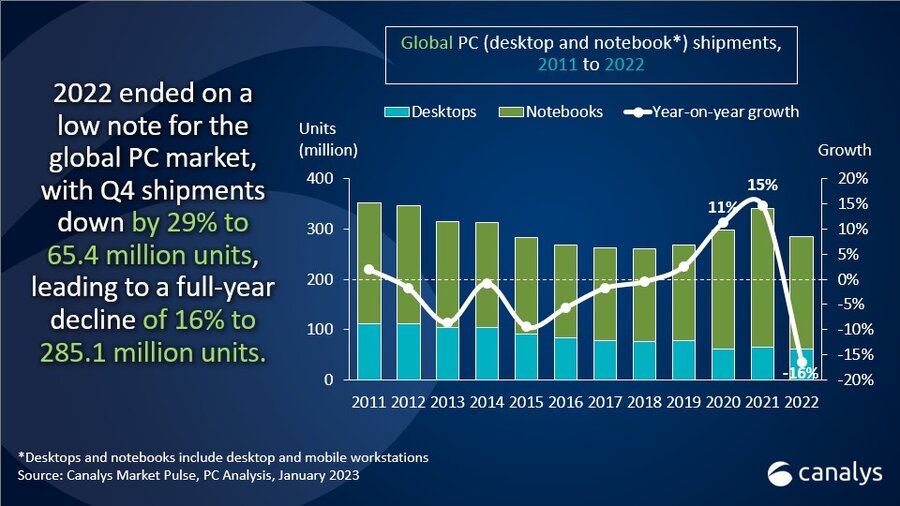 “As expected, the global PC market faced further headwinds in Q4 to round out what has been a difficult 2022,” said Ishan Dutt, Senior Analyst, Canalys. “The decline is especially stark as the corresponding period in 2021 brought about record shipments of notebooks and desktops. Vendors and retailers aimed to stimulate consumer spending with heavy discounting, but despite pockets of success, this was not enough to drive significant new sell-in. With rising costs for energy and basic goods in key markets like the US and Europe, expenditure on big-ticket items like PCs has taken a back seat as consumers are prepared to delay refreshes. Meanwhile, on the commercial front, both public and private sector budgets faced tightening amid rising interest rates, slowdowns in hiring and expectations of a recession early next year. A December 2022 poll of around 250 channel partners showed that 60% expect their PC business revenue to remain flat or decline in 2023. This challenging environment for the PC industry is anticipated to last until the second half of next year.” 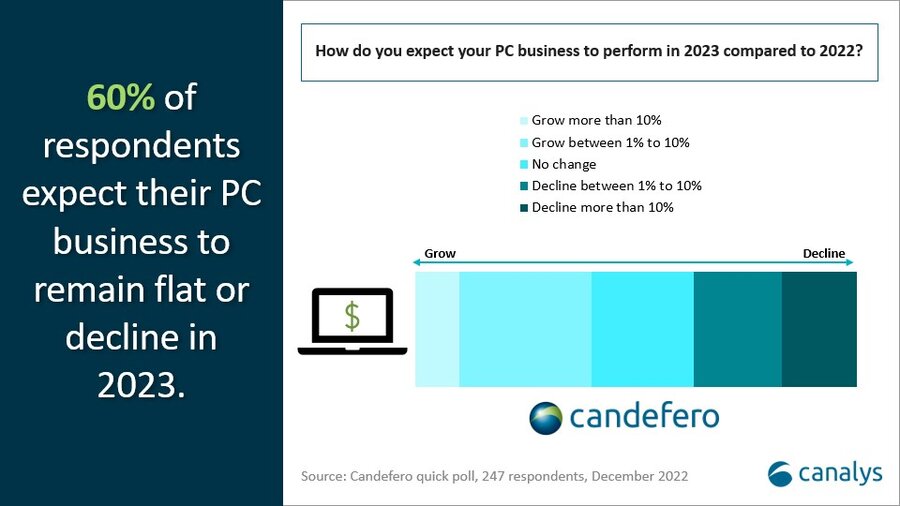 “Despite the short-term difficulty, the long-term outlook for PCs remains positive,” added Dutt. “Shipments in 2022 were down by 16%, and we expect a further contraction in 2023, but in both years, total volumes will remain higher than in the pre-pandemic era of 2019. Once businesses and consumers ride out the storm, we expect delayed purchases to begin boosting the market in late 2023, with momentum picking up in 2024. This will be bolstered by an education demand bump in major markets as devices deployed during the pandemic peak reach the end of their life cycle. And even during the downturn, there will be areas that can deliver success for the industry, such as gaming, connected PCs and hybrid work, all of which were highlighted by announcements at CES 2023.”

Lenovo secured the top spot in the PC market in Q4 2022, with shipments totaling 15.5 million units, representing a 29% year-on-year decline.

It was also the largest shipping vendor for the full-year 2022, posting 68.1 million units as it underwent a 17% decline compared to 2021. HP ranked second, also seeing shipments decline by 29% in Q4 to a total of 13.2 million units.

Third-placed Dell suffered the largest decline among the top vendors in Q4, with shipments down by 37% to 10.8 million units.

However, its strength in commercial earlier in 2022 meant its total shipments were down by 16% to 49.7 million units.

Apple was placed fourth in both the Q4 and full-year rankings, ending 2022 with 27.2 million Macs shipped for a 6% decline, while Asus rounded out the top five with a modest decline of 4% compared to its 2021 shipments. 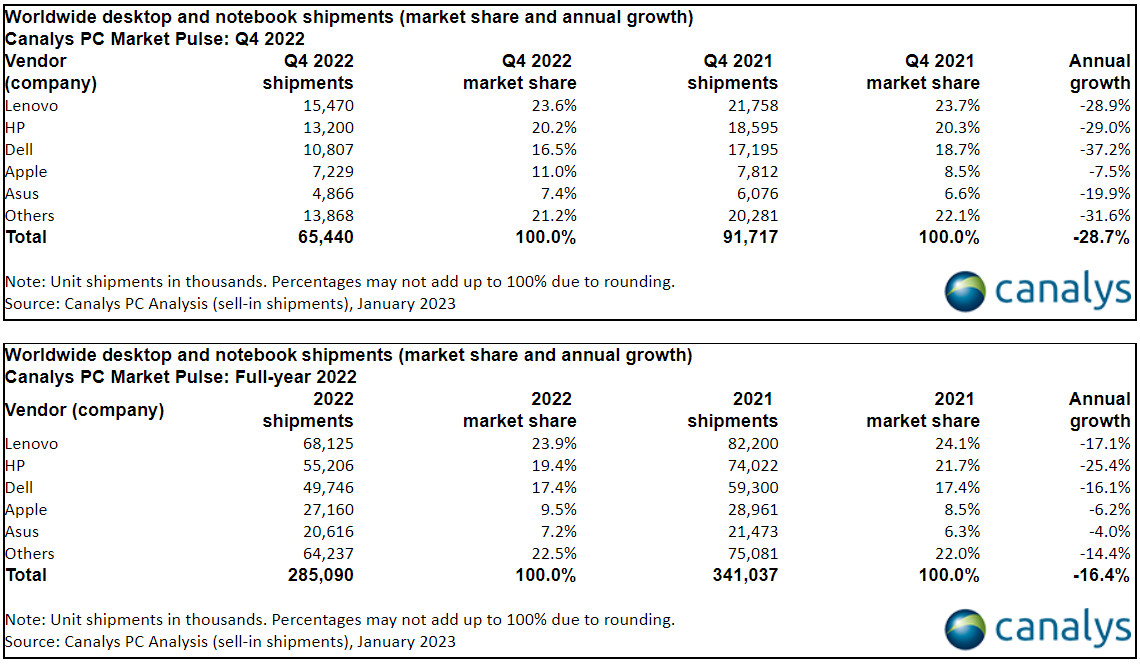