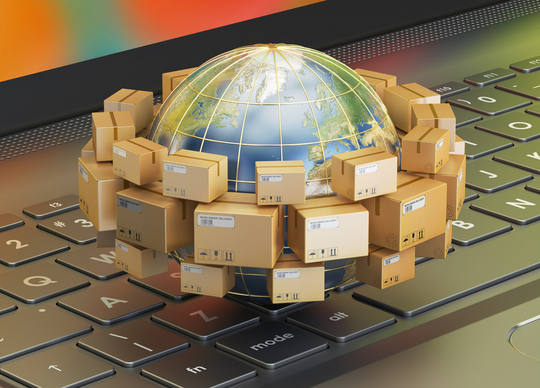 The PC market ended 2021 with a bang, as fourth-quarter shipments exceeded 90 million for the second year in a row. The latest Canalys data shows that worldwide shipments of desktops, notebooks and workstations grew 1% year on year to 92 million units over 91 million a year ago.

Furthermore, the industry saw strong revenue gains, with the total value of Q4 shipments estimated at US$70 billion, an annual increase of 11% over Q4 2020. For the full year, revenue passed US$250 billion in 2021 against US$220 billion in 2020, up 15%, highlighting the seismic transformation in the industry.

The two-year compound annual growth rate of 13% from 2019 emphasizes how dramatically the importance of PCs has grown since the onset of the COVID-19 pandemic. Notebooks and mobile workstations continued to lead the charge, with shipments of these devices growing 16% in 2021 to reach 275 million units. Desktop and desktop workstation shipments increased 7% in 2021 to reach 66 million units. 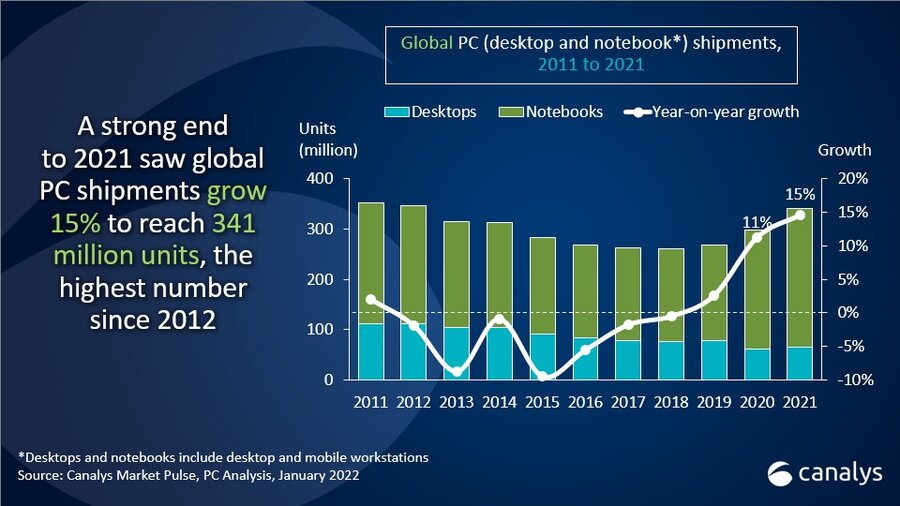 “2021 was a watershed year in the history of the PC market, with the PC’s place at the center of work, learning and leisure truly cemented,” said Ishan Dutt, Senior Analyst at Canalys. “For the market to post double-digit growth over an impressive 2020, despite the constant cloud of supply constraints, speaks volumes about how strong PC demand has been over the last 12 months. Taking a long-term view, the most important developments in 2021 were the large increases in PC penetration and usage rates. PCs are now in the hands of both young students and older family members, while ownership of two or more PCs per person has become more common in developed markets. Since the onset of the pandemic, a larger than normal proportion of PCs shipped have been new additions to the installed base rather than replacement devices, especially in areas such as education and remote work. This has set the stage for continued success for the PC industry as there is no turning back from how embedded they are in our day-to-day lives.”

Third-placed Dell posted stellar growth of 8.9% in Q4 to reach 17.2 million units and increased its market share by over 1%. Dell ended 2021 with total shipments of 59.3 million units for the year. Apple and Acer rounded out the top five for both Q4 and the full year, posting shipments of 29.0 million and 24.4 million units in 2021, respectively. 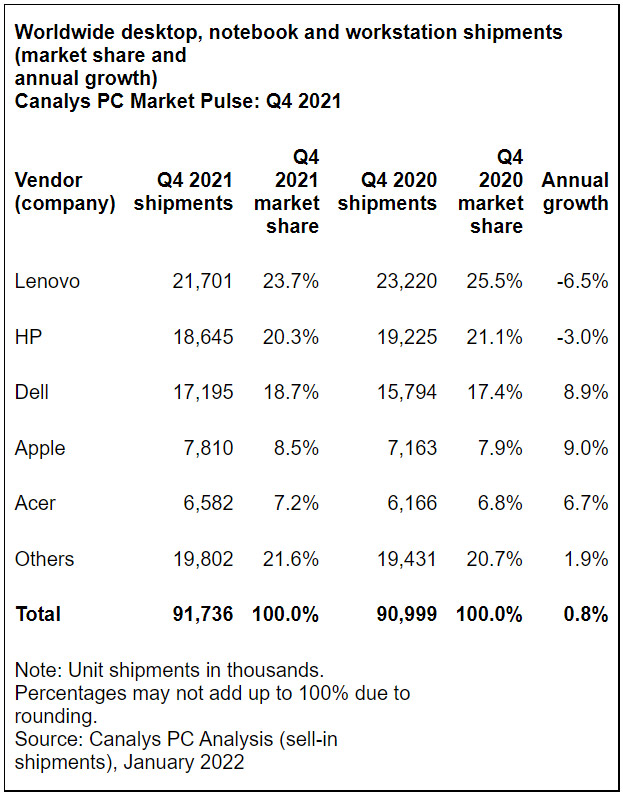 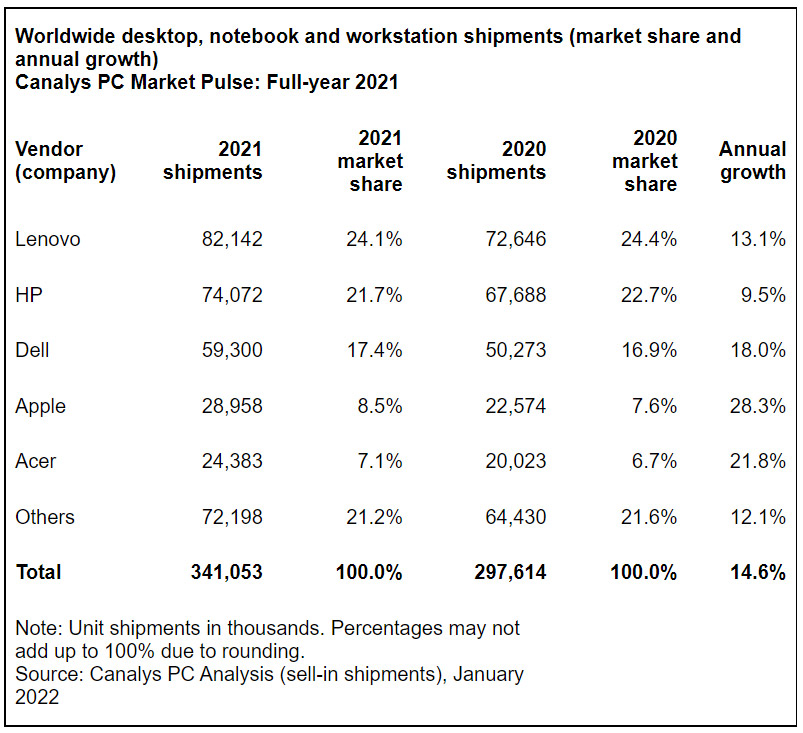 “While 2021 was the year of digital transformation, 2022 will be the year of digital acceleration,” said Canalys Principal Analyst Rushabh Doshi. “Demand for technology has boomed in the past two years, the effects of which continue to disrupt the supply chain, affecting not just availability of PCs, but also smartphones, automobiles and servers. As PC vendors navigate an ever more complicated situation, consumer spending patterns are shifting. We will see revenue growth in the industry from spending on premium PCs, monitors, accessories and other technology products that enable us to work from anywhere, collaborate around the world and remain ultra-productive. The importance of faster, better, more resilient and more secure PCs has never been greater, and the industry is willing to innovate and push the boundaries to keep this momentum going.”

From a market standpoint, the US continued to see shipments fall for a second consecutive quarter, primarily due to a strong fourth quarter for Chromebooks in 2020. EMEA and Asia Pacific (excluding Japan) were bright spots, as shipments grew by double digits over last year.