ISACA marks 50th anniversary by surveying 5,000+ tech pros on the next decade of tech

The evolving relationship between artificial intelligence, automation and humans is expected to create promising opportunities in the tech workforce while simultaneously presenting sobering concerns for the general public, according to new ISACA research sizing up the tech landscape of the 2020s.

ISACA’s Next Decade of Tech: Envisioning the 2020s survey of more than 5,000 business technology professionals comes during ISACA’s 50th anniversary year as the global professional association continues its longstanding commitment to helping its members navigate the future of technology. The research shows that respondents are significantly more optimistic about how technology advancements in the new decade will impact their career than they are about how it will impact society as a whole. Fifty-nine per cent express optimism for the career ramifications compared to only 40% who are similarly upbeat about the overall societal impact.

From a workplace standpoint, respondents are optimistic that technological sea changes will both position their organisations for success and bolster their pay:

The nature of most technology roles is expected to be recalibrated by AI and increased integration of technology in the workplace, with 93% of respondents expecting an augmented workforce—or people, robots and AI working closely together—to reshape how some or most jobs are performed.

“As we look to the next decade, we need to think about how humans can work with AI and other emerging technologies to take full advantage of the potential for these technologies to improve people’s lives and enable us to work smarter and more efficiently,” said R.V. Raghu, CISA, CRISC, ISACA board director and director of Versatilist Consulting India Pvt. Ltd. “There is so much we can accomplish with humans and AI working together in a well-coordinated fashion, but it will be critically important that technology professionals build in the needed governance and controls for AI to be deployed as intended while limiting the related risks.”

While AI/machine learning is identified as the most important enterprise technology of the next decade, followed by cloud platforms and big data, the potential downside of malicious AI attacks factors into the more pessimistic views for how society could be impacted by tech in the next decade. Only 50% of respondents think it is likely or very likely enterprises will give the ethical ramifications of AI deployments sufficient attention.

Whether through malicious or errant uses of AI, the potential consequences of misuse could be severe, with respondents indicating the highest levels of concern for AI attacks involving: 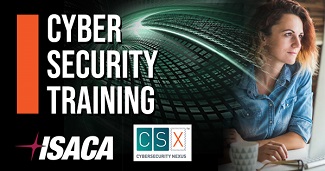 Enterprises Not Yet Adequately Prepared

“The pace of technology-driven change will continue to accelerate, so it’s more important than ever to be always learning,” said ISACA CEO David Samuelson. “Both as individuals and in our companies, we will need new skills and frameworks to be equipped to navigate the inevitable change ahead. As the next decade quickly approaches, our human potential, combined with these advancing technologies, will ensure an era of positive technology breakthroughs, and a future where we all thrive.”

Additional notable findings from ISACA’s Next Decade of Tech research include: