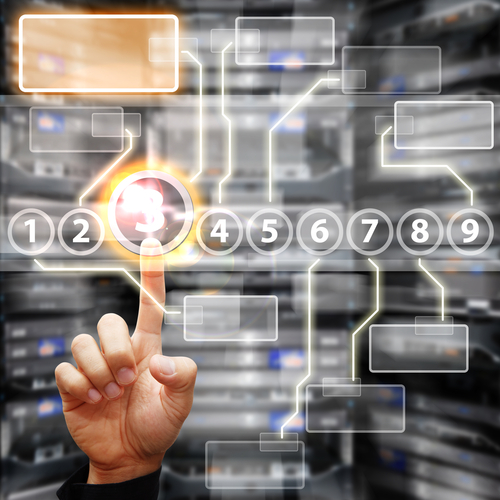 Sydney, 15 December 2011 – The Australian security-as-a-service market, which includes the delivery of content security services over the public network, grew by 17.2 per cent during the 2011 calendar year and is now valued at $38.4 million. Ongoing migration from on-premise software and increasing cloud services penetration among small businesses is expected to drive a robust compound annual growth of 16.6 per cent through to 2016, taking the market to a value of $83 million.   These are among the major findings contained in Frost & Sullivan’s latest cloud computing research: A Strategic Analysis of the ANZ (Australia, New Zealand) Security as a Service Market.

The marked shift to security-as-a-service during the past 12 months has been driven by a number of factors including the business desire to classify IT expenses as operating rather than capital expenses.  This ensures a more predictable monthly expenditure for organisations along with other benefits such as lower up-front costs, greater standardisation, ease of upgrades and ubiquitous access.

Another factor aiding the adoption of security-as-a-service is the shortage of qualified IT expertise. Shortage of qualified in-house security professionals has led to a dramatic increase in demand for contractors and specialist security experts, and has raised the costs for end-user organisations. Security-as-a-service removes this issue, at the same time as lowering management and maintenance overheads,  by placing responsibility for delivery and maintenance of the security solution on the cloud services provider.

The other major attractions of security-as-a-service are:
·      the flexibility it gives an organisation to scale up or down depending on organisational needs;
·      the simplicity of implementation as messaging security often requires just a change in the Mail Exchange record, while for web security, cloud forwarding can be enabled on proxies, firewalls and routers; and
·      the ability to protect users irrespective of their work location.

Despite the growth in the market, organisations still hold some concerns about moving security to the cloud with the most common being fear of loss of control by outsourcing to a third party service provider and the question of data sovereignty.  Large organisations are also being held back by the potential regulatory impact of relying on the Asian or US-based data centres used by many of the existing security-as-a-service providers.

From a technology viewpoint this use of international data centres has also raised uncertainties about latency, particularly as it applies to web security. Web browsing is a synchronous action with real-time two way communication. The laws of physics mean that round-trips are longer in slow network connections and/or when the data centre is far away from the user. Frost & Sullivan suggests that this will ensure that latency continues to be a prominent restraint for adoption of web security as a service in the medium term.

The banking, financial services and insurance (BFSI) sector is leading demand for security-as-a-service from the cloud, driven by the desire to ensure business continuity, prevent loss of intellectual property and enhance employee productivity. This sector has also been an early adopter of add-on modules such as encryption to adhere to regulatory compliance. Other prominent users include federal and state government ministries and agencies looking to consolidate IT infrastructure across departments, and legal, mining and e-business services.

The major market participants in the Australian security-as-a-service market segment include Symantec.cloud, Websense, ZScaler, Cisco, Trend Micro, McAfee, Microsoft and Google. While Symantec is an early entrant in this segment and is a clear market leader, over the last couple of years, the other vendors have been gaining increasing traction with organisations in Australia.

Andrew Milroy, Vice President – ICT Practice, APAC, Frost & Sullivan, says, “Although some hesitancies remain, within the past year the security-as-service market has evolved from being a niche segment to an increasingly mainstream application. Organisations are attracted by the cloud model’s promise of business agility, low overheads and substantial cost benefits. Momentum and awareness are there, and we expect the market to show steady, solid growth over the next five years. The only slightly negative blip on the radar is a likely dip in 2012 due to the current economic slowdown in Australia and the ongoing crisis in global financial markets.”

About Frost & Sullivan
Frost & Sullivan, the Growth Partnership Company, enables clients to accelerate growth and achieve best-in-class positions in growth, innovation and leadership. The company’s Growth Partnership Service provides the CEO and the CEO’s Growth Team with disciplined research and best-practice models to drive the generation, evaluation, and implementation of powerful growth strategies. Frost & Sullivan leverages 50 years of experience in partnering with Global 1000 companies, emerging businesses and the investment community from more than 40 offices on six continents. To join our Growth Partnership, please visit http://www.frost.com on six continents.