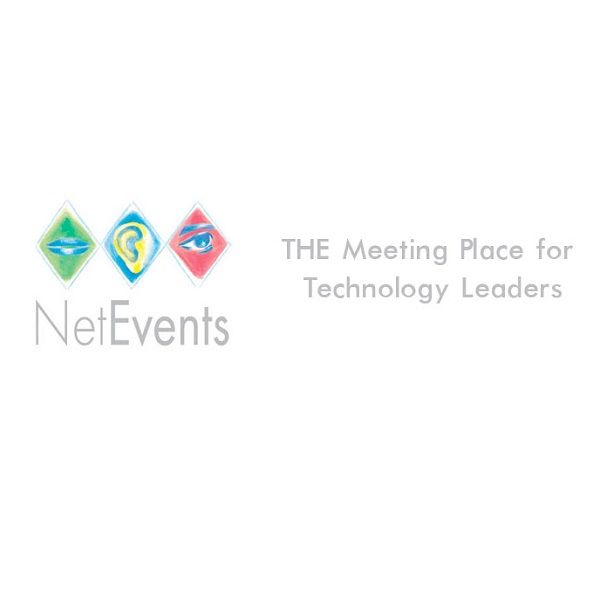 Not everything is moving to the cloud. In fact, the very technology developed for the cloud’s massive data centers is now being used to bring web-scale networking and automation to enterprise data centers.

Web-scale networking refers to the state-of-the-art technology that is continually being developed by giants like Amazon, Google and Microsoft to create cloud-delivered services that can deliver extremely complex, customized information to thousands or millions – or hundreds of millions – of users, simultaneously, in a fraction of a second, 24×7. Web-scale network architecture is thought to be beyond the means of most of the world’s enterprise IT teams, except that innovative tech companies are bringing this web-scale technology within closer reach.

You might think, from all the hype, that the entire future of computing now lies in the cloud, and yet there remains a massive installed base of enterprise data centers. To call those beasts “lumbering dinosaurs” would be unjust: after all, today’s birds evolved from dinosaurs. At this year’s NetEvents Global Press & Analyst Summit in San Jose, California, I met a man who also claims that his company can build enterprise data centers that really do fly. 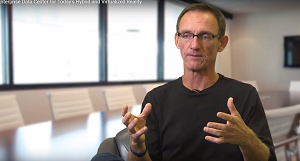 When NetEvents’ interviewer Manek Dubash asked JR Rivers, CTO and Co-Founder of Cumulus Networks, to introduce his company, the answer was surprisingly modest and jargon-free: “Cumulus Networks helps people who have the dubious honor of building their own physical infrastructure. We help them build the networks that make that infrastructure run efficiently, effectively, and serve their business needs.”

The Cumulus website has a somewhat bolder statement: “Cumulus Networks is leading the transformation of bringing web-scale networking to enterprise cloud. As the only systems solution that fully unlocks the vertical network stacks of the modern data center, Cumulus Linux allows companies of all sizes to affordably build and efficiently operate their networks just like the world’s largest data centers.”

Another element in that conscious decision will be to build around Linux: “VMware has taken care of a lot of companies for a really long time, but if you sum up all of the virtualizations supplied by Google and Amazon, it dwarfs the number of virtual instances supplied by VMware today, and that trend will only continue forward… Technologies that revolve around Linux – storage, networking and compute technologies – those technologies are going to come to the forefront… who would have thought two years ago that Microsoft would stand up and say, we love Linux? Today, Microsoft is a Linuxified company from the data center standpoint. Huge trend.”

Rivers sees good reason to support the Linux trend: “There’s one thing that I’ve learned throughout my career is that software that’s open for inspection tends to be the most rigorous and most secure software available, as opposed to proprietary software, or even software that was taken from an open environment and held off to the side.”

A similar open strategy drives the choice of hardware, and his more holistic overview of the modern heterogeneous data center – whereas legacy data centers were mostly built around equipment from one or two giant vendors.

“If you roll back, say, 15 years, you would look at networking as a piece of equipment you got from one of the well-known networking companies – and that was effectively the extent of your network. The hosts were not that involved in the network. The routers oftentimes might be thought of as a periphery of a data center cluster network and the switches were wholly unto themselves,” said Rivers. “All the operational frameworks were developed by those suppliers, with very little layering in there or choice.

In the modern data center, he said, “unlocking that vertical stack really is taking each of those layers: the hardware layer – allowing that to be acquired – manufactured and designed independently from the software layers, having operating systems, networking models, routing protocol suites and operational tool chains that all exist at their own separate layers and can, when appropriate, exist on a switch, in a router or on a server.”

Another surprising thing is the stand Rivers takes against the precision, tailored approach in favor of a looser, more flowing structure in which capacity is king: “You need to provide as much capacity – whether it’s storage, computer, or network – for your business needs as you possibly can, within a set of cost boundaries.”

Explaining further, he says: “When you look at building out a modern data center, you have a ton of different jobs running against each other. You can try and highly engineer your network, but that usually doesn’t work out really well. What tends to work is just apply a lot of capacity to the problem and let things work themselves out in a very chaotic manner.”

Rivers also said: “There’s always this trade-off when you look at technology between tightly-engineered systems that start from the bottom and go all the way up to the top, versus loosely-coupled systems. Inevitably in industry, networking starts in that very highly-engineered system world. At some point in time all the pieces become so complex that any one organization can’t actually act upon it very well.”

Explaining how Cumulus networks microservices and containers, Rivers said, “They’re built on a Linux substrate, so for every container deployment there’s a ton of networking that occurs – not in some network switch or router, but networking that occurs on the host. So being able to connect those hosts to the network in an efficient way, even connecting containers to the network in an efficient way and providing visibility and control around all of that is super important to the modern data center.”

Going farther, he added, “Those microservices have a lot of chatty communication with each other, and where they get placed is, again, very chaotic. So having a ton of capacity that allows that kind of communication chaos to occur helps these customers roll out their applications really, really quickly, without having to do a bunch of engineering around it.”

The way industry giants like Amazon, Facebook, and Google manage to support millions (or hundreds of millions) simultaneous users or sessions is by developing the loosely coupled hardware, network, infrastructure, and management underpinnings, controlled by the right software stack, built atop Linux. That’s the web-scale architecture.

Once the web-scale architecture is place, the data center can expand to handle workloads as big as required – because adding new servers, storage, and networking fits right into the architecture. Need more capacity? Simply add it. That’s how the network evolves and scales seamlessly, without disruption.

Maybe this does echo the chaotic environment in which birds and other creatures so successfully emerged from the dinosaurs.

If you are looking to build a web-scale enterprise data center, it does not have to be a dinosaur. It could become a high-flying bird, though not one to rival the real giants, who have resources beyond any organization. “You’re not ever going to hit the cost structure that Amazon gets,” said Rivers. “But if you get to 60% or higher, that’s way better than people are operating at right now… we help people to get in to within 60% of a mega-scaler. That by itself is massive business benefit.”