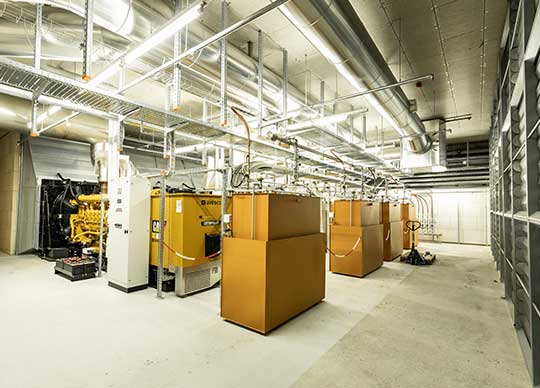 NTT has expanded its global data centre footprint by 20% to build a connected future that will benefit enterprise and hyperscale clients around the world.

It delivers and operates global interconnected data centres with cross regional data centre networks through key markets such as London, Singapore, Tokyo, and Virginia in North America. Its expansions in data centre services provide increased data centre capacity and network connectivity across all geographies, including:

In 2020/21, three new data centre campuses were opened in Hillsboro, OR, Santa Clara, CA, and Chicago, IL, in addition to expansion in Ashburn, VA. NTT’s 47-acre (approx. 190,000m2) Hillsboro campus features five data centres with 126MW of planned IT load and Subsea Connect, a trans-pacific network connectivity service that provides connectivity between Hillsboro, Oregon and Tokyo, Japan using NTT’s Pacific Crossing (PC-1) subsea cable system. The Phoenix, AZ campus will open in early 2022 and be the seventh US data centre campus. NTT Phoenix PH1 will add 36MW of IT load capacity and is the first of seven planned data centres on the 240MW campus. 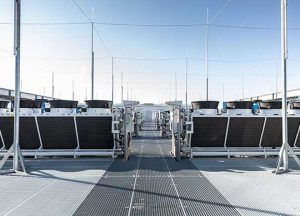 In the past year, NTT has opened new data centre buildings in Amsterdam in the Netherlands, and Munich and Frankfurt in Germany, continuing its position as the number one data centre provider in the German market. In the UK, the new flagship London 1 Data Centre opened in December and, when fully operational, will increase NTT’s capacity by over 200% to support the digital backbone of the UK’s financial services, media, and gaming industries. NTT has also invested in duct and fiber to interconnect all its London data centres.

Over the next two years, NTT will increase its available IT load in EMEA by over 40% as it builds 13 new data centre buildings across nine markets in six countries to deliver an added 115MW of IT load across 50,000m2. NTT will launch its first data centres in Madrid and Johannesburg as well as adding buildings to Vienna, Zurich, London and across Germany, with expanded data centre interconnections.

Jakarta 3 in Indonesia will launch 15MW at Bekasi, approximately 30km from Central Jakarta, by the end of this year. By taking advantage of NTT’s strengths as a network operator, clients will be able to easily connect with IXs and ISPs. Additionally, Cyberjaya 5 in Malaysia started to provide 6.8MW and plan to expand another 6.8MW to the Cyberjaya campus. In Japan, a new data centre with 21MW of IT load capacity has been built in Tokyo. In response to strong demand from its clients, NTT is considering further expansion in Bangkok (Thailand), Osaka Metropolitan area (Japan), and Southern Vietnam. 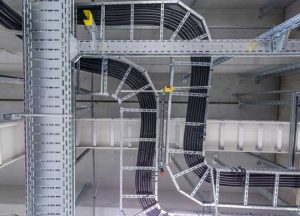 With Mumbai 8 going live soon, the Chandivali campus, India’s first operational hyperscale data centre park, will reach 85MW of IT load. Over the next 18 months, four new hyperscale data centre parks will also become operational: two in Navi Mumbai and one each in Chennai and Delhi, adding approximately 133MW of IT load and 50,000m2 of floorspace. Interconnections for 10 data centres across India will also be rolled out in 2021 and submarine cable landing stations are planned in Mumbai and Chennai.

Masaaki Moribayashi, President and Board Director for NTT Ltd. said, “The pandemic has dramatically changed our way of life. People’s quality of life now fundamentally depends on this infrastructure. In the next 18 months, NTT plans to increase data centre operations by 20% to a total of over 600,000m2 (approx. 6.5M ft2) of floorspace in over 20 countries and regions. In addition, NTT will globally expand approximately 30 connection points of GDCI service in our data centres to optimise the enterprise hybrid cloud environment over NTT’s data centres and network services. NTT has already started construction to add 300MW of IT load to its portfolio. With the completion of new data centres, expanded campuses and high-capacity networks such as the MIST submarine cable, we are building a connected future that will benefit NTT’s clients around the world.”