Trending
You are at:Home»Analytics»Pawsey Supercomputing Centre Honoured in the 2019 HPCwire Readers’ and Editors’ Choice Awards 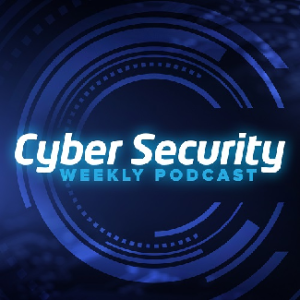 The Pawsey Supercomputing Centre has been recognised in the annual HPCwire Readers’ and Editors’ Choice Awards, presented at the 2019 International Conference for High Performance Computing, Networking, Storage and Analysis (SC19), in Denver, Colorado.

The award represents resounding recognition throughout the HPC industry, with the nomination and voting process determined by the global HPCwire community and selections from the HPCwire editors.

Pawsey took home the Editor’s Choice Award as the Best Use of HPC in Physical Sciences for a project undertaken with Professor Brett Harris at Curtin University to map and model Perth’s aquifers.

The Gnangara groundwater system provides of the order 300 gigalitres of water per year for the people of Perth Western Australia, but with climate change and decreased rainfall affecting aquifer recharge, drawing groundwater to meet Perth’s water supply needs without causing environmental impacts is becoming challenging.

With the help of the Pawsey Supercomputing Centre and its Magnus Cray XC40 supercomputer, Professor Harris and his team created detailed 3D models of Perth’s groundwater aquifers with the assistance of airborne electromagnetic survey measurements.

Aquifers are complicated hydrogeological structures that may span thousands of square kilometres. Understanding how the different parts of the groundwater system are connected, along with where and how fast water moves through them, helps government identify locations and rates for taking groundwater that have less impact on the environment and other water users. That detailed knowledge can also be used to identify the best locations for replenishing aquifers with purified recycled water, improving long-term sustainability.

To map Perth’s complex multi-level aquifer system, data spanning thousands of square kilometres had to be collected, processed, integrated and converted to information on rock type and groundwater chemistry. “We had a total of about 100,000 airborne electromagnetic readings, and a couple of hundred simulations had to be run on each reading,” Professor Harris said.

Pawsey’s Magnus was required to handle the sheer bulk of data and process it in near-real-time, allowing Professor Harris and the team to integrate data from multiple sources, spot errors on-the-go, test new ideas and accurately build their 3D model as quickly as possible. “This framework lets you predict how the aquifer will behave over 50 or 100 years under different management strategies,” said Professor Harris. “It’s important to get it right, because it might take years to reverse any unwanted changes.”

Pawsey Executive Director, Mr Mark Stickells, was pleased with the announcement and noted that the models are already impacting Western Australians. “Professor Harris’ research is helping the Western Australian Department of Water and Environmental Regulation assess replenishment and abstraction sites supporting groundwater levels near lakes, wetlands and areas at risk of seawater intrusion.”

“The detailed knowledge of the groundwater system provided by this model assists the government in sustaining this valuable water resource. It is a great example of Pawsey-enabled collaborative research that has a direct impact on our community and quality of life.”

You can read more about this project and the other nominated on Pawsey’s website. Winners of the 2019 Readers’ and Editors’ Choice Awards were announced today and can be found here.