With this certification, Raxio Data Centre becomes one of less than fifteen (15) Tier III, privately owned, carrier-neutral data centres in Africa and the second in East Africa 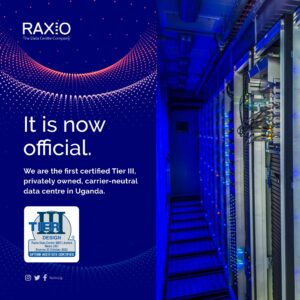 With this certification, Raxio Data Centre becomes one of less than fifteen (15) Tier III, privately owned, carrier-neutral data centres in Africa and the second in East Africa. The Uptime Institute’s teams evaluated all aspects of design and equipment, such as power, cooling, and fire suppression and detection. 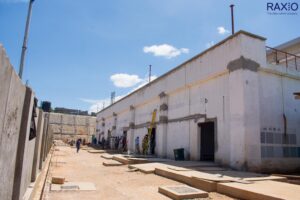 A Tier III data centre requires no shutdowns for equipment replacement and maintenance. A redundant delivery path for power and cooling is added to the redundant critical components of Tier II (Redundant Capacity) so that each and every component needed to support the IT processing environment can be shut down and maintained without impact on the operation and provision of services to customers.

Concurrent Maintainability across all critical subsystems is actually one of the most important driving design characteristics that many clients look out for when outsourcing their data centre needs as it also ensures full redundancy in the event of unexpected shut downs or failures.

Speaking on the announcement, the Raxio Data Centre General Manager Mr. James Byaruhanga described this achievement as a turning point for Uganda and the East African region: “The Tier III Certification by the Uptime Institute demonstrates our ambition to achieve the highest standards, and validation that we meet global standards of modern data centres. This also demonstrates our long-term commitment to existing and future customers as we provide colocation of their data infrastructure.