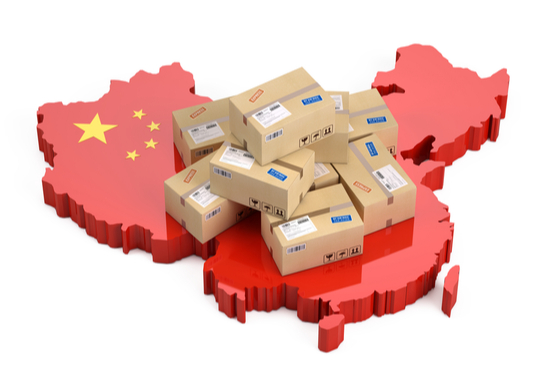 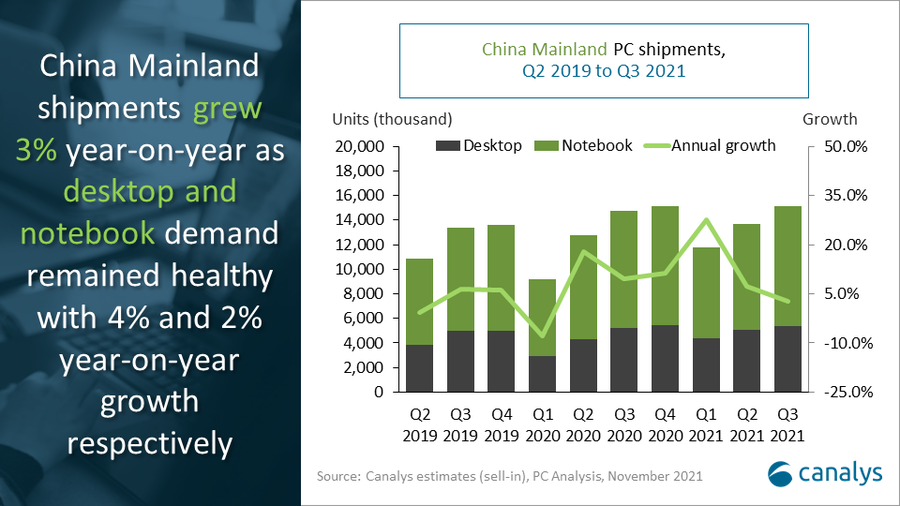 The top four vendors in the desktop and notebook market all enjoyed year-on-year growth in Q3 2021, highlighting the blooming tech economies globally and their impact on the China market.

“The PC market for desktops and notebooks this quarter increased by 3% from a year ago and a strong 12% from two years ago owing to a new wave of upgrading in the commercial sector, and a renewed vigor in manufacturing due to the government’s ‘Industry 4.0’ initiatives. Added to this, adjusted purchasing by education to upgrade internal facilities and infrastructure has built strong momentum for the market. While commercial sectors grow, consumer shipments have also seen strong demand due to students purchasing for new school terms, and generic anticipation of good deals from the 11.11 sales in November,” said Canalys PC analyst Emma Xu. 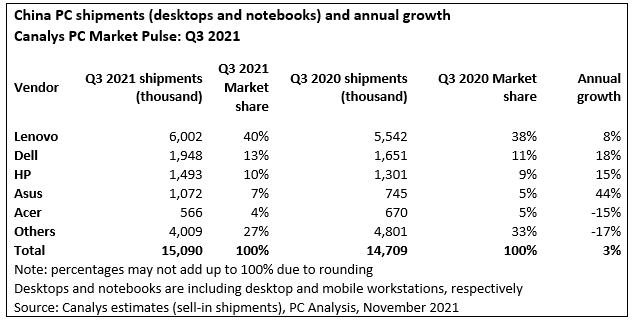 Top-ranked Lenovo saw commendable 8% year-on-year growth with 6.0 million units shipped and a market share increase of 2%. Dell and HP, with shipments of 1.9 million and 1.4 million units, grew by 18% and 15% respectively from Q3 2020.

Dell experienced record performance from notebooks this quarter and HP picked up pace in desktops.

Asus secured fourth place with 44% year-on-year growth, mostly from its strong notebook shipments, typically gaming capable, which has always been strong in China.

Acer maintained its spot in the top five but was the only vendor in the group to record a year-on-year decline of 15%. Local player Huawei has seen shipments stagnate to 0.5 million, just below Acer. Despite the slow growth, it remained a strong alternative to Lenovo for local government purchasing and procurement.

“In keeping with a strategy of building hardware eco-systems, vendors from adjacent markets like smartphones and IoT are now building and enhancing their product portfolios in PCs specifically tablets and notebooks, as necessary growth engines”, added Xu. “Vendors like Oppo, Vivo, Xiaomi and Transsion have all announced new notebook or tablet SKUs, aiming to take a slice of this highly profitable hardware vertical. However, the supply-chain management to cope with the limited component production capacity is a challenge for the long term. Adding to the supply-side problems, the complexity of go-to-market strategies in both B2B and B2C means that merely launching a hardware SKU will not imply success. New vendors will need an exhaustive channel strategy to survive in a market where vendors like Lenovo, Apple, HP and Dell dominate by a mile.”