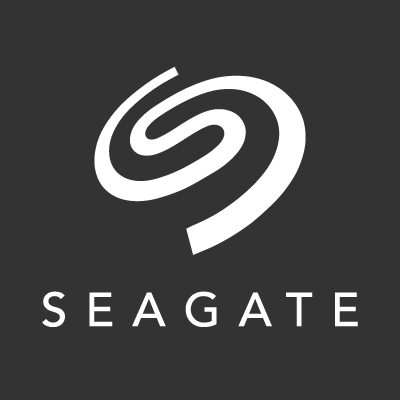 Seagate Technology, a world leader in storage solutions, announced it has entered into a three-year partnership with CERN openlab to collaborate on the development of the Seagate Kinetic Open Storage platform. The partnership aims to help CERN, the European Organisation for Nuclear Research, to better manage and store the 100 petabytes of data the Large Hadron Collider has generated to date, as well as the additional 2-3 petabytes of information it produces on a monthly basis in its quest to further humanity’s understanding of the universe.

“CERN creates a truly astonishing amount of data on a daily basis, and finding secure and efficient ways to store that information is one of the most important challenges we face,” said Alberto Di Meglio, Head of CERN openlab. “We are excited to collaborate with Seagate on understanding how the Kinetic storage architecture could potentially contribute to the CERN infrastructure and aid the very demanding LHC program, by reducing complexity and operational costs in our storage systems.”

The Seagate Kinetic Open Storage platform restructures the traditional storage server architectures from the bottom up, connecting object-oriented applications directly to the storage device. By cutting out the many layers of hardware and software used in traditional stacks, Seagate Kinetic improves performance while significantly cutting costs – by 15-40%.

“This is a thrilling opportunity for Seagate to collaborate with CERN to more efficiently operate one of the most extreme and demanding storage environments in the world,” said Scott Horn, vice president of marketing at Seagate. “We believe our partnership will not only deliver extensive benefits to CERN’s large-scale storage system, but also help us further enhance the Seagate Kinetic Open Storage platform by testing it in an unparalleled data creation environment.”

CERN openlab, which is now entering its fifth three-year phase, is a unique public-private partnership between CERN and leading ICT companies. Its mission is to accelerate the development of innovative new solutions to be used by the worldwide LHC community. CERN openlab provides companies with a framework to test and validate cutting-edge information technologies and services in partnership with CERN.

A second, future research project between Seagate and CERN will look at CERN’s EOS storage system to determine whether there are opportunities to enhance and improve the system.

About CERN
CERN, the European Organisation for Nuclear Research, is the world’s leading laboratory for particle physics. It has its headquarters in Geneva. At CERN, physicists and engineers are probing the fundamental structure of the universe. They use the world’s largest and most complex scientific instruments to study the basic constituents of matter – the fundamental particles.

About Seagate
Seagate creates space for the human experience by innovating how data is stored, shared and used. Learn more at www.seagate.com. Follow Seagate on Twitter, Facebook, LinkedIn, Spiceworks, Google+ and subscribe to our blog.