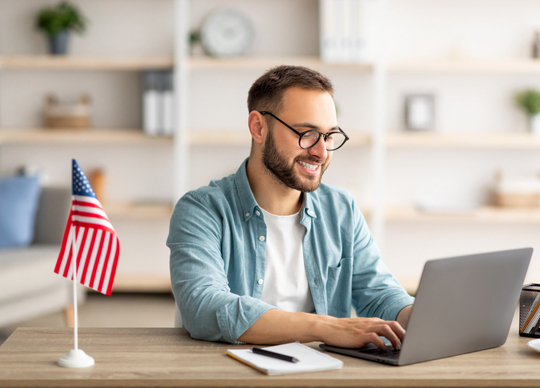 US PC shipments (desktops, notebooks and workstations) reached 19.5 million units in Q1 2022, down 14% year on year. Desktop shipments continued to bounce back in the US, up 33% as workers returned to offices with greater consistency.

Notebook shipments fell 22%, mostly due to the drop-off in Chromebook purchasing for education, which peaked in early 2021. Tablet shipments stayed healthy with 5% growth, with backlog orders from the 2021 holiday season spilling into the first quarter of this year. PC revenue has grown considerably in the US despite shipments falling, in part due to inflation but also due to the shift away from cheaper education and consumer devices toward more high-value models amid strong commercial demand. 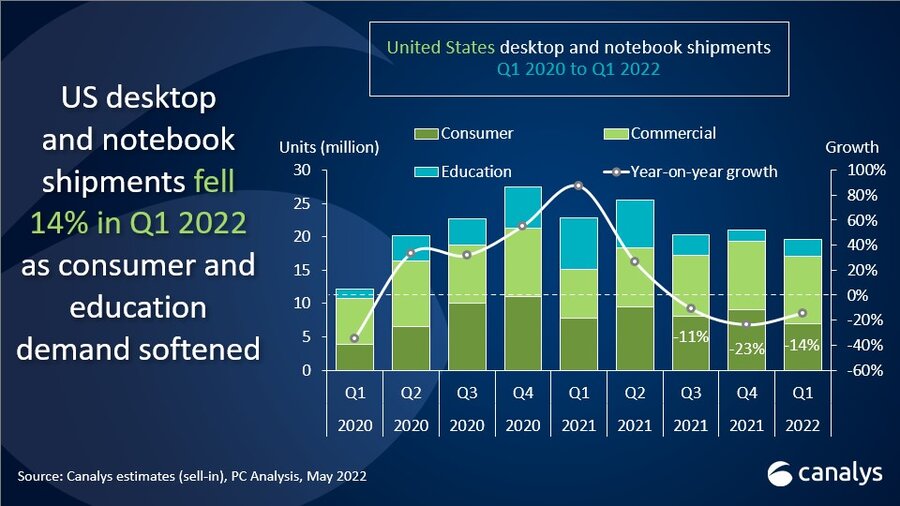 “US PC shipments underwent a third consecutive quarter of decline as the relative strengths of end-user segments changed,” said Brian Lynch, Canalys Research Analyst. “The consumer and education segments saw demand slow further due to market saturation and rising concerns about inflation, which peaked in March at 8.5%, the highest rate of 12-month increase since 1981. Hybrid work has proved to be a key driver for commercial shipments as employees rely on their devices more than ever for productivity. Features to support hybrid workstyles, such as better audio/video capabilities and longer battery life, have become increasingly important, giving workers more reason to ask for device upgrades. Commercial demand is set to remain strong this year despite the macroeconomic pressure facing the PC industry and will help limit the overall expected shipment declines.”

Dell led desktop and notebook shipments in the US for the third straight quarter, capitalizing on the ongoing strength of commercial demand. With 7% growth, Q1 marked Dell’s fourth quarter in a row of shipping more than 5 million devices in the US. HP shipped 4.3 million units to take second place. HP’s shipments fell 40% year on year, a drop that can largely be attributed to the saturation of the education market, which led to a steep decline in Chromebook shipments. Lenovo fell to third place as it suffered a 24% year-on-year decline in shipments. Lenovo, though to a lesser extent, was also hit by a fall in Chromebook shipments. Apple grew an impressive 18%, bucking the trend of softness in consumer demand as its M1-powered MacBook lineup has proved to be a strong driver in convincing users to refresh their devices. Acer rounded out the top five with 3% growth.

“Though shipments slowed in the US, revenue soared to an impressive high,” said Lynch. “There are several key drivers for the increase in selling prices: a shift in market share toward business devices and constraints around supply and logistics are the main reasons. Even so, average selling prices have swelled by 60% in the consumer segment over the past year, likely due to a move away from basic productivity devices, such as Chromebooks, toward higher-specification devices for specialist use cases, such as gaming or part-time higher education. The global PC supply chain has once again been squeezed as China struggles with manufacturing disruptions from COVID lockdowns. The US market remains a priority for many vendors, so while short-term supply may be constrained, it will be to a lesser extent than in other regions.” 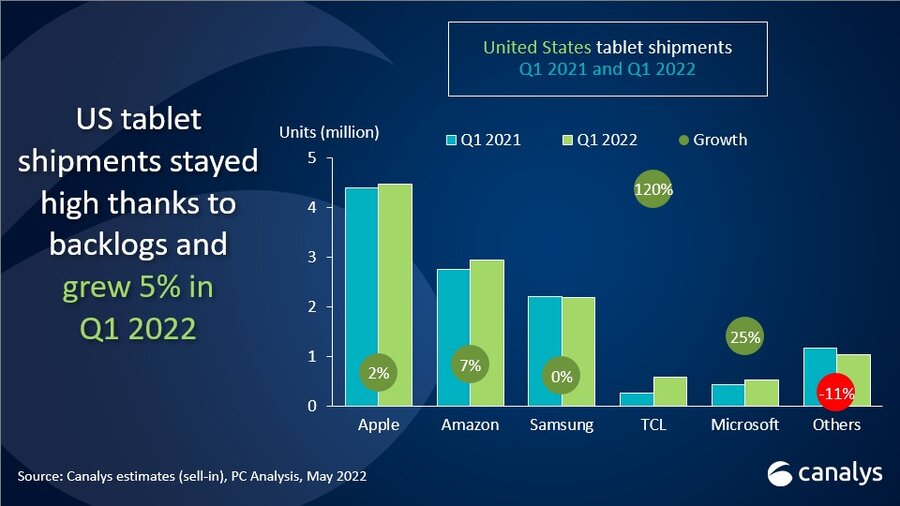 Tablet shipments remained healthy in Q1, growing 5% year on year as backlog orders from a supply-deprived holiday season in 2021 spilled over. Apple led the tablet vendors with 4.5 million units shipped, taking a 38% market share. Amazon’s Fire tablet line grew 7% to dominate the low-end slate market amid heavy discounting. Samsung had a flat quarter due to waning consumer demand for its mid-range and high-end Android tablets. TCL impressed with 120% growth, an increase that can be attributed to investment in channel distribution support and a partnership with Verizon for the launch of the TCL Tab Pro 5G. Microsoft Surface tablets grew 25% after performing modestly against its competitors in 2021. 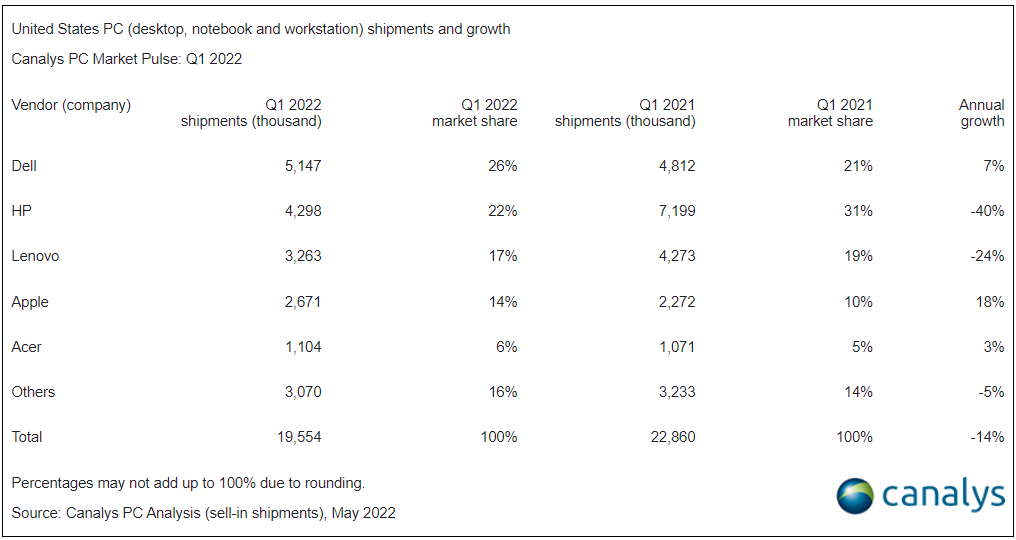 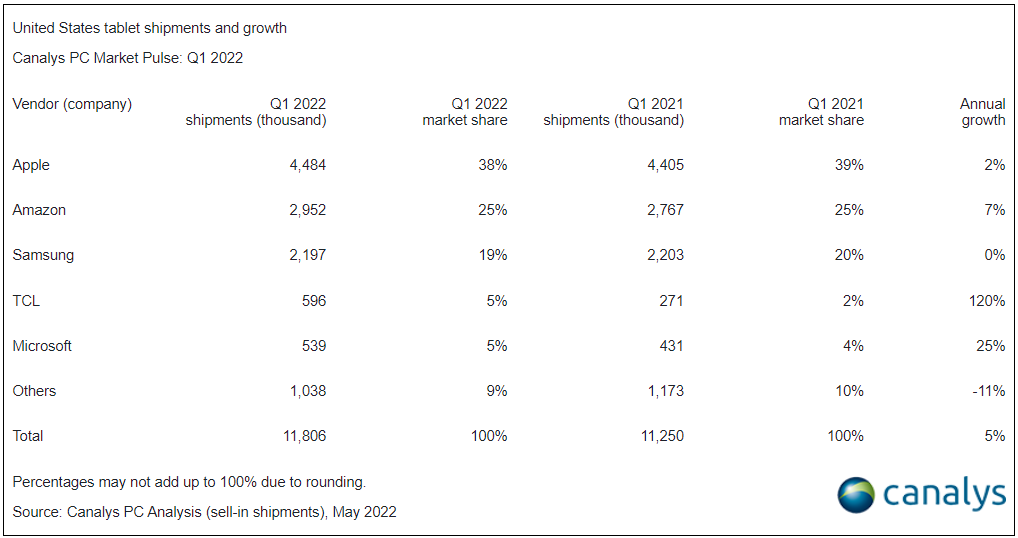