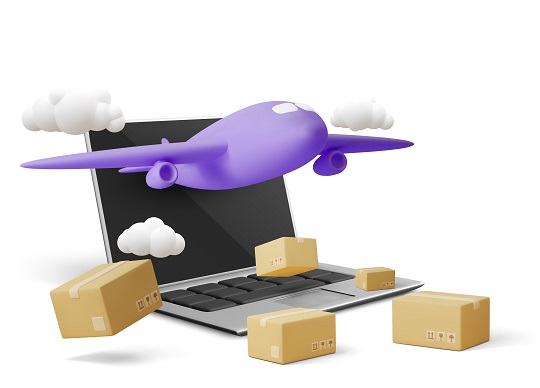 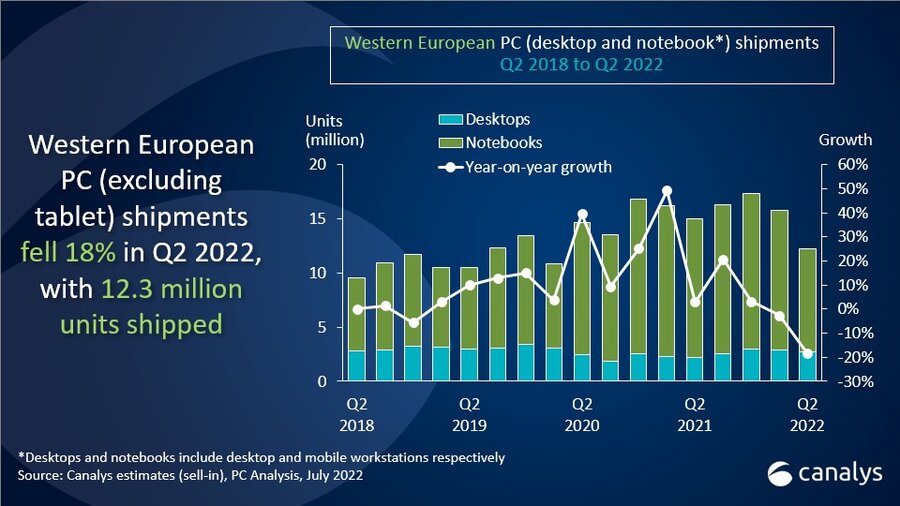 Significant supply chain disruption was the main reason for Q2’s drastic decrease, as key regions and cities in China were in lockdown for much of the quarter. The lockdowns hampered factories and ports along the Beijing-Shanghai corridor. Though production began to ramp up again by the end of May, this bounce back wasn’t enough to compensate for the poor start to the quarter. After vendors waited out the delays in order lead times, they were then hit by increasing macroeconomic headwinds as consumers cut spending due to rising inflation. 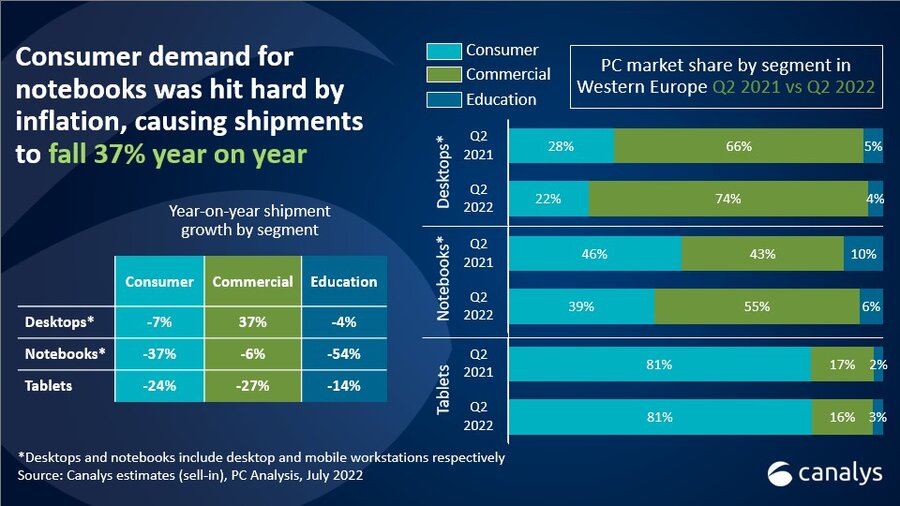 “On top of unprecedented supply issues, the second quarter of 2022 highlighted the impact of rising inflation on consumer demand for PCs across Western Europe,” said Canalys Research Analyst Kieren Jessop. Eurostat, the statistical office of the European Union, reported that inflation rates in the euro area averaged around 8% during Q2. This was primarily driven by rising energy costs due to the war in Ukraine, which saw the euro area’s energy price inflation reach 42% year on year in June. “In this inflationary environment, the consumer/commercial mix is undergoing a significant shift. Consumer-bound shipments of desktops and notebooks fell by 34% in Q2 as many people were forced to delay buying new devices due to pressure on household budgets. Conversely, as countries in the region continued their post-COVID recoveries, business demand for high-quality devices to support returns to work and hybrid workstyles remained relatively robust, with non-education commercial PC shipments falling only 3%. Larger organizations that have the capital are still willing and able to refresh their employees’ devices and upgrade their office IT infrastructure. PC vendors with strong channel relationships and commercial-oriented offerings of products and associated services will see healthier overall performance in the region, even as economic conditions worsen.”

Lenovo remained Western Europe’s top choice for desktops and notebooks. Though its shipments fell 8% to 3.8 million units in Q2 2022, it was the best performing vendor in the top five and made a market share gain of more than three percentage points compared with a year ago. HP and Dell also suffered declines in Q2, falling 17% and 18% respectively. HP maintained a comfortable second place, shipping 3 million units against third-placed Dell’s 1.7 million. Apple endured the largest decline of the top five vendors, hurt by its premium price points and disruption to its Chinese manufacturing facilities. It shipped just under 800,000 units in Q2, a 42% drop from last year. Acer moved up to fourth place for the first time since Q2 2021, though it also suffered a significant decline of 30%, shipping just over a million units. 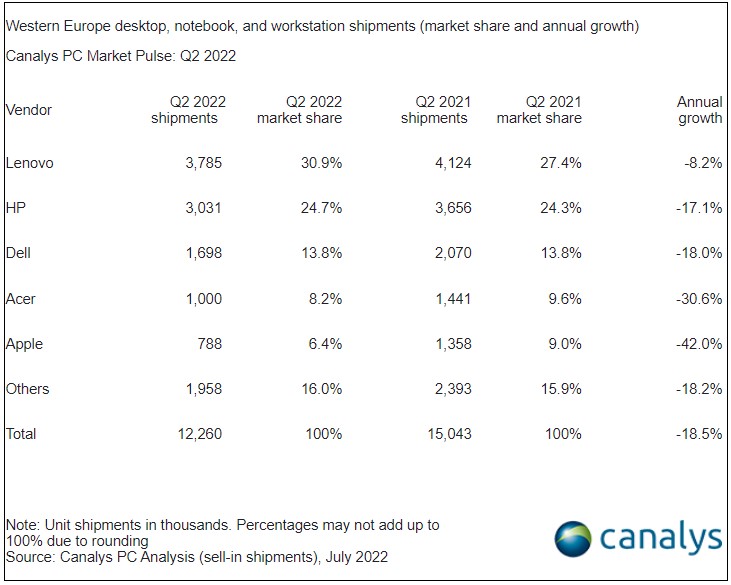 Apple maintained a comfortable lead as Western Europe’s top tablet provider for the eighth consecutive quarter, even though its year-on-year shipments fell 20% to 2.2 million in Q2. Samsung’s market share increased by an impressive four percentage points in Q2 as its total shipments hit 1.3 million units. Third-placed Lenovo and fifth-placed Huawei suffered the most in Q2 2022, down 38% and 56% respectively, while Amazon took fourth place with a relatively modest decline of 7%. 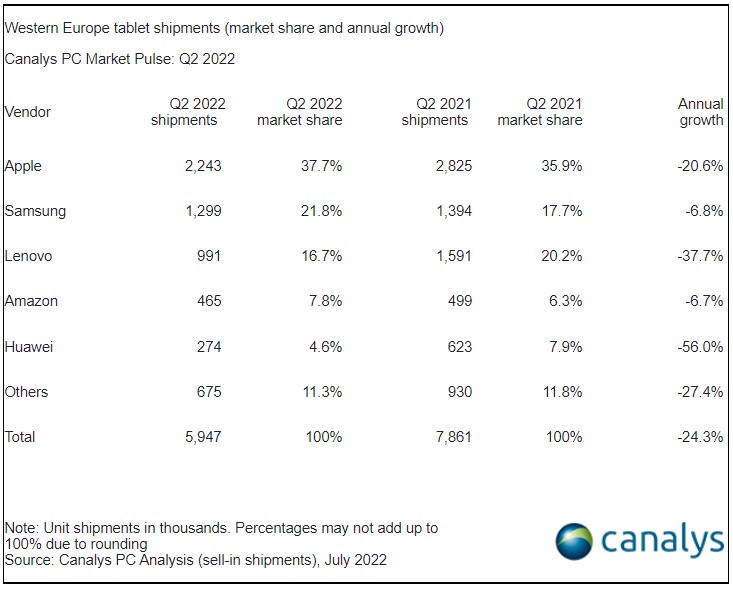