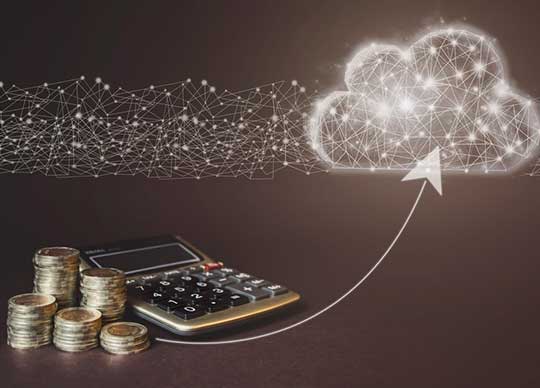 Tencent Cloud accounted for nearly 19% of total cloud infrastructure spending in China. However, it remained third behind Alibaba Cloud and Huawei Cloud. And also ahead of Baidu AI Cloud. Moreover, the four Chinese Cloud Titans managed to maintain their dominance of the market. That is, collectively growing 56% to account for 80% of total cloud spending. But pressure is mounting on the BAT (Baidu, Alibaba and Tencent) companies. That is as the Chinese government pursues a series of antitrust regulations and Internet-related policies.

Each of the BAT companies has seen its share price fall between 18% and 30% over the past six months as investors become cautious of regulatory pressures. 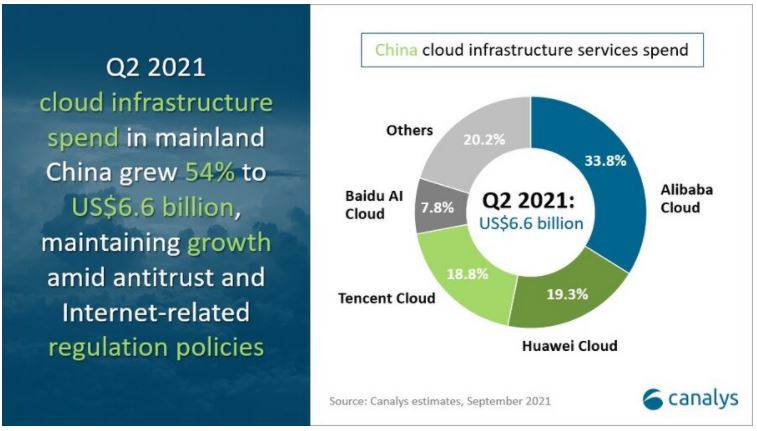 “The big story in China’s tech sector in 2021 is the mounting pressure the Chinese government is putting on both large established tech firms and smaller startups,” said Alex Smith, Canalys Vice President. “Chinese tech companies could always rely on their local market, especially when access to lucrative Western markets was blocked. But increasing domestic regulatory pressures over the past nine months have been a frustrating headwind for those companies that have seen their cloud businesses grow significantly over the past few years. These pressures are extending to a wide range of online technology companies, from education platforms to ride-sharing apps.”

Despite these pressures, the four leading cloud service providers have continued to grow strongly in 2021. Local demand remains high as digital transformation, artificial intelligence and smart industries all remain on corporate and government agendas. While current scrutiny is not focused specifically on the cloud aspects of their businesses, investors have nevertheless become wary, and falling share prices can be painful for high-growth tech stocks. Outside of Alibaba, the fines levied against Chinese technology companies of late by the State Administration for Market Regulation have been small but represent the current sentiment toward the tech sector in Beijing. 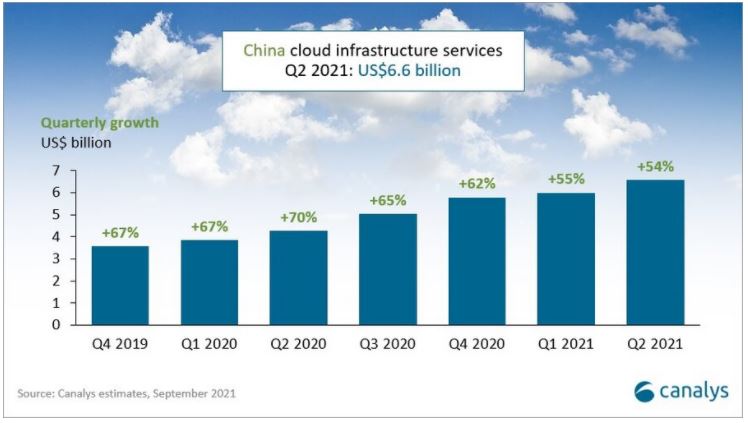 One company that has so far avoided regulatory measures is Huawei. “The focus has been on Internet technology companies,” said Canalys Chief Analyst Matthew Ball. “Huawei is an infrastructure and device company that also happens to have developed a strong cloud business. When it comes to cloud infrastructure, we focus on the BATH companies, not just BAT. Huawei is in a strong position to drive growth, particularly in the public sector where it has a good standing and long-term relationship with the government.”

Huawei maintained its second-place position in China’s cloud infrastructure market during the second quarter of 2021 with a 19% market share. During this period, it announced a new CEO for Huawei Cloud, Zhang Ping’an, who takes the helm as part of a regular executive reshuffle. Alibaba Cloud remained the market leader with a 34% share, after growing 30% on an annual basis. Tencent Cloud was third after its growth re-accelerated, driven by wins in smart tourism and government, as well as finance. Baidu AI Cloud was fourth with an 8% share after it grew 49%. It continued to focus on simplifying AI technology for broader enterprise adoption.