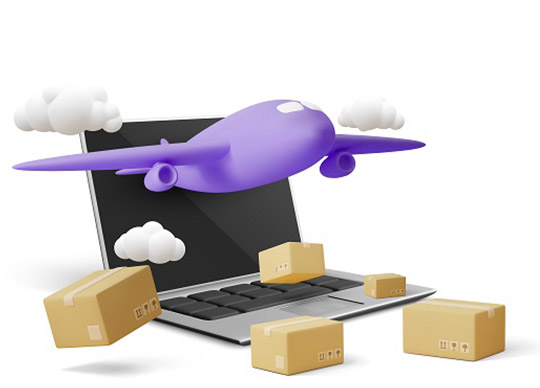 The global PC market faced a significant drop in demand in the third quarter of 2022. Total shipments of desktops and notebooks fell 18% to 69.4 million units, as existing weakness in the consumer and education segments was exacerbated by more cautious IT spending by businesses. Adverse macroeconomic and industry factors including high inflation, rising interest rates and bloated channel inventories have dented the PC market’s momentum, and are likely to persist into 2023. Notebook shipments suffered the most, posting a year-on-year decline of 19% with 54.7 million units shipped. Desktop shipments proved more robust due to less reliance on consumer spending, falling 11% year-on-year for a total of 14.7 million units. 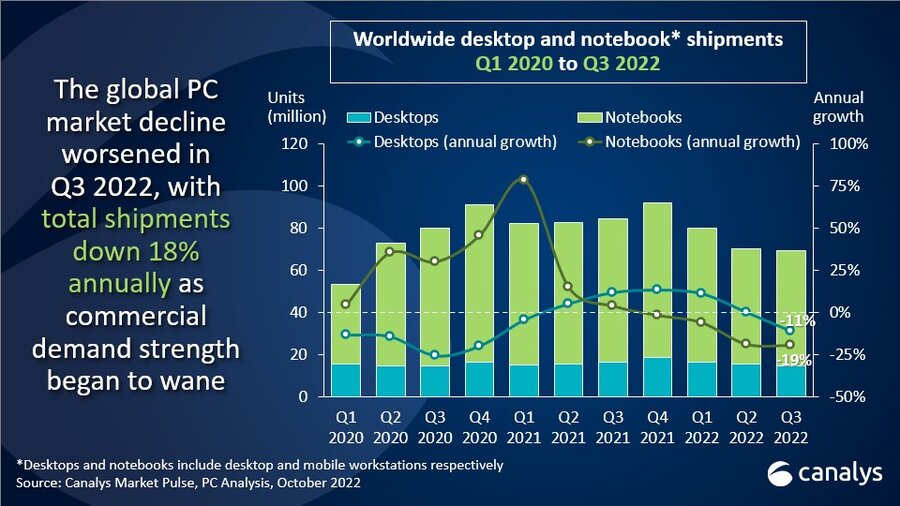 “Following a slowdown in the first half of the year, the PC market has now posted a record year-on-year decline,” said Ishan Dutt, Senior Analyst at Canalys. “While the Q3 shipment volume remains comparable to pre-pandemic figures, the rapid deterioration in demand across all segments is a worrying sign not only for vendors, but for stakeholders across the supply chain. Intel and AMD are facing headwinds from weakness in their PC businesses, and smaller makers of components from ICs to memory are cutting production and lowering earnings forecasts. Although promotional activities by retailers have helped clear some inventories ahead of the holiday season, overall enthusiasm for PCs among consumers has dwindled in the face of rising costs across other goods and services. Education deployments, which were an important new source of PC growth in 2021, have also been reduced as public sector funding is directed towards more immediate needs and schools in most developed markets are at an adequate ratio of devices to students with in-person learning largely resumed.”

“Alarmingly, vendors, channel partners and other industry players began indicating in Q3 that commercial procurement, which had remained strong in the face of worsening economic conditions, had come under threat as IT budgets were being reprioritized or slashed,” added Dutt. “Businesses are exhibiting greater caution by extending device refresh cycles as they weather the current uncertainty. A positive signal for the PC market had been the relatively robust employment and hiring numbers in major markets. However, indications that this could reverse will further diminish commercial demand as the need for new PCs drops off. Business investment also faces constraints as the cost of borrowing is set to continue rising with interest rate hikes planned throughout the next few quarters. Despite the current adverse environment, the importance of PCs to support new workstyles and digital transformation goals remains high. Older devices in the installed base will need to be replaced and the market is expected to see recovery by the second half of 2023.”

Lenovo maintained pole position in the global PC market but suffered a 16% year-on-year drop to 16.9 million units. For the second quarter in a row, HP underwent the largest decline out of the top five vendors as it posted 12.7 million units, a 28% year-on-year fall. Both Lenovo and HP shipped their lowest totals since the onset of the pandemic in Q1 2020. Third-placed Dell also posted a significant decline of 21% in shipments, posting just under 12 million units. Apple enjoyed a better quarter than its competitors as it fulfilled orders from Q2 delayed due to supply disruptions in China and launched new M2 Macbooks. It sealed fourth place with 8.0 million units, a modest year-on-year increase of 2%. Asus rounded out the top five with 5.5 million units, an annual decrease of 8%. 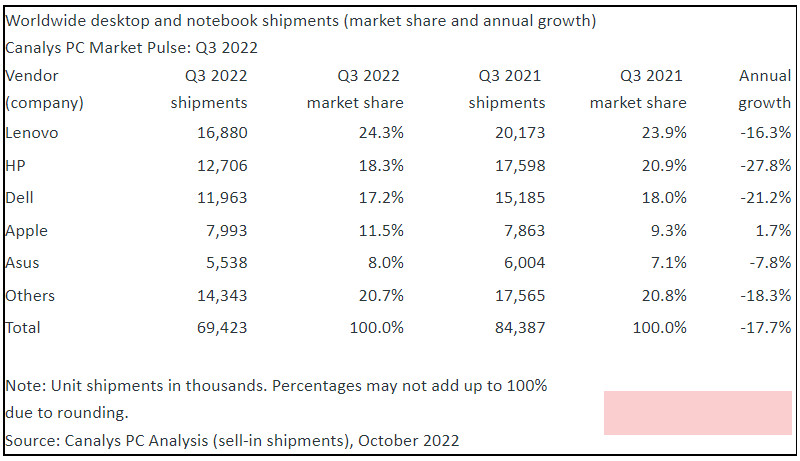