So what is hot in networking right now? What innovations and highlights have we seen in a year that has unfolded in such unpredictable ways?

“We’ve seen a rapid and instant shift in the way businesses operate, in how we all work, in how we deal with our personal lives and interact with our friends and family,” says Jeremiah Caron, Global Head of Research and Analysis, GlobalData. “All these activities have never depended more upon network technology than they have over the past couple of months. The performance of that technology has been outstanding.”

Research conducted by GlobalData both before and during the COVID crisis (Figure 1 and Figure 2) offers intriguing insights into how the key technology priorities of enterprises have been affected. 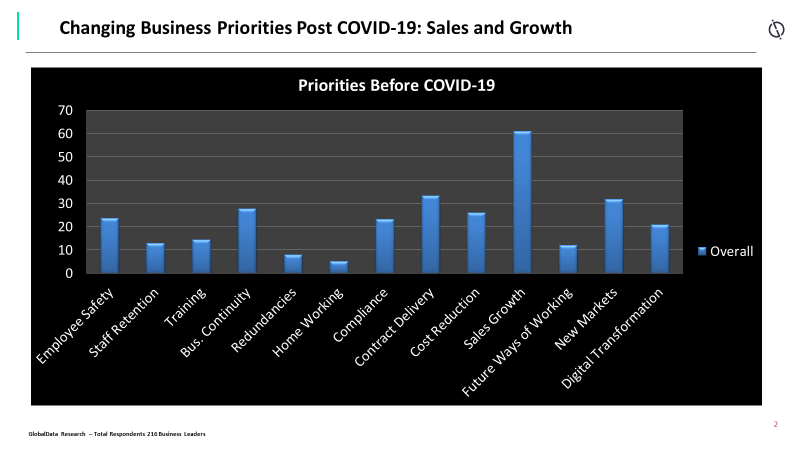 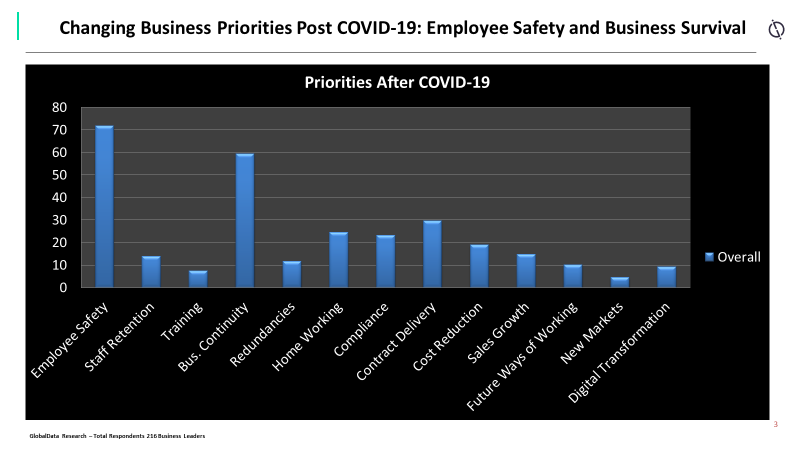 “The most notable shift has been in how businesses and business leaders view employee safety,” he says. “It has become first and foremost in their thinking. Secondly, their focus on survival and business continuity has moved up the list. There is of course a long way to go to really tell what the true impact of COVID-19 will be.”

Of the many exciting developments happening in the world of networking, one in particular was highlighted by John Apostolopoulos, VP and CTO of Cisco’s largest business unit; Intent-Based Networking Group & Innovation Labs: “The Federal Communication Commission (FCC) has opened up the 6GHz WiFi band for unlicensed use, which is awesome because of WiFi6’s 1200MgHz-wide spectrum. We believe this huge amount of spectrum will open up a whole new set of applications.”

Bob Friday, CTO and co-founder of Mist, a Juniper Networks company, points to Cisco figures showing that 70% of all internet traffic is on a wireless network, with 50% of that on WiFi: “Over my career I’ve watched WiFi go from a ‘nice to have’ to a ‘must have’,” he recalls. “When Intel put WiFi into laptops – that’s when it became vital for the enterprise. We’re now seeing a paradigm shift to where WiFi and wireless are really becoming business critical. We’re seeing spectrum regulators respond to that with more unlicensed spectrum.”

The other major area of unwired innovation, one that’s happening right now, is in the world of 5G, argues Kevin Deierling, SVP of NVIDIA’s Networking Business Unit: “5G is not getting new spectrum, we just need to use the spectrum that we have more efficiently,” he claims.

The edge of the network seems to be another place where the heat is on, in particular with advances in the cloud edge and in the optimization of the application experience.

“The big picture is that you’re no longer really programming servers,” argues Deierling. “The new unit of computing is the data centre, with distributed applications running across many of them.”

Mansour Karam, President and Founder, Apstra, believes that while applications are indeed critical, there is a separate issue around measurement of data on the network.

“An interesting problem is how to manage this data,” he says. “We have spent a lot of time figuring out ways to analyze data closer to the source so that you get the insights that are needed in an intent-driven way, based on the things that you care about, which highlights the importance of a software-first approach. If you have distributed data centres what’s really important is the ability to manage them remotely.”

The value of intelligent network automation through Intent-Based Networking has been highlighted by the pandemic, says Karam: “COVID-19 really emphasized the importance of the network,” he observes. “The networking industry feels a sense of pride but also a lot of responsibility in delivering on networking technologies that allow people to get on with their lives in this crisis. It’s allowing people to connect with their families and be 100% productive working from home. This is all due to networking, and it’s quite remarkable.”